Nothing by Mick Inkpen
My rating: 4/5 cats 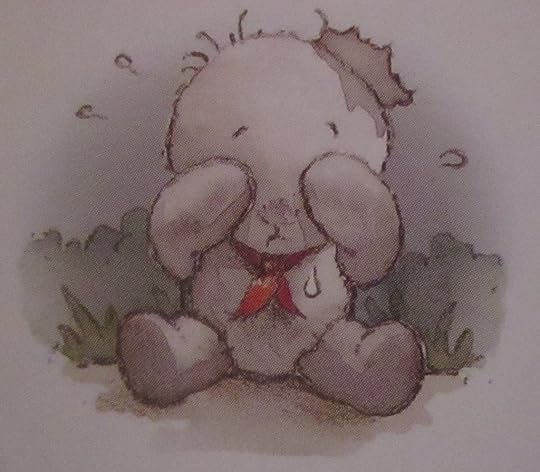 after reading miriam’s review of this book, i knew i had to get my hands on a copy of my own.

i am someone who feels the suffering of stuffed animals as powerfully as i feel the suffering of dogs and cats in those horrifically long commercials where sarah mclachlan guilt trips you like crazy. maybe it’s the fault of The Velveteen Rabbit, but when i was little and we were supposed to be hit with a hurricane, i carried all my stuffie friends down to the basement for safety. a few years back, i had a tearful breakdown when my dad told me that mice had treated those same childhood stuffed animals he’d had stored in his garage as luxury apartments; moving into them and chewing and pooping and breeding like they were rock stars in a marriott instead of just singing and making me dresses like mice are supposed to do. more recently, i suffered a second wave of breakdown when i realized that many of my bagged stuffed friends had accidentally gotten mixed up with bagged garbage and tossed during bedbug mania 2015. and i still hand-wash the stuffed bunny i sleep with every night because i don’t wanna think about him getting dizzy in the dryer. (by which i mean i sleep with him every night, not that i hand wash him every night. because that would be crazy.)

now that we’ve catalogued my delusions, you can see that this book was right up my “make me cry, book, i dare you” alley.

The little thing in the attic at Number 47 had forgotten all about daylight. It had been squashed in the dark for so long that it could remember very little of anything. Stuck beneath years of junk, it could not recall how it felt to stand up, or it stretch out its arms.

this poor raggedy stuffie has been forgotten by its humans, and has also forgotten itself. it is worn beyond identification – no name, no idea what kind of animal it had once been meant to simulate, smooshed in the dark, unloved. 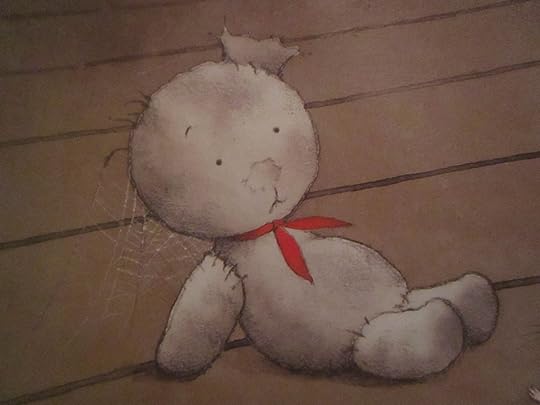 it is left behind in the attic as the family moves away, after this chilling exchange:

‘What have we got here?’ said a voice.
‘Oh it’s nothing,’ said another. ‘Let the new people get rid of it.’

The torch was switched off. The boxes were carried out. And moments later, somewhere down below, the front door slammed shut. Number 47 was empty.

‘So that’s my name,’ thought the little thing, ‘Nothing!’

what follows is a search for identity; a sadder and more desperate version of Are You My Mother? as the creature encounters living animals who school it in the realities of the world:

‘New People always try to get rid of you.’ says a mouse (who at least doesn’t chew a hole in him and burrow inside)

a fox dismisses it as ‘Nothing worth eating, that’s for sure.’ 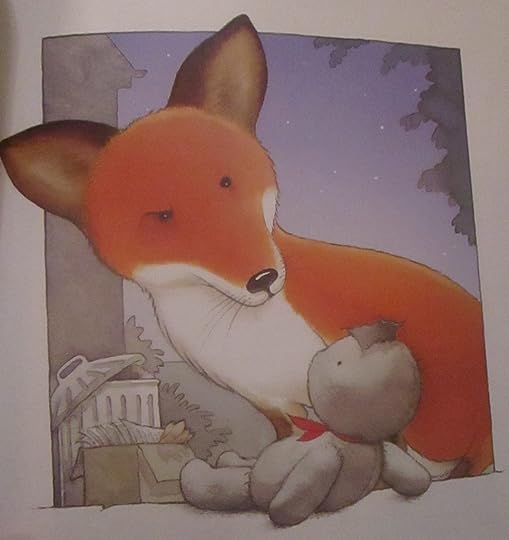 and with each animal it meets, it remembers a little more about its former self: ‘I used to have a tail!’ etc. 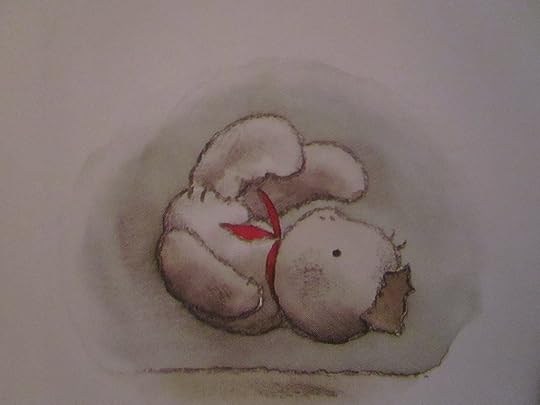 but despite these positive flashes of memory, the tone is still chilling and full of dissociative episodes as it asks its own “odd” and “ugly” reflection repeatedly “What are you?”. 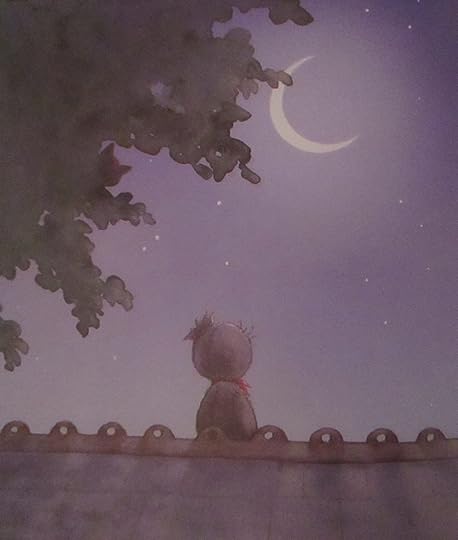 until a cat comes along. and like all good books, the cat solves the mystery and makes everything okay.

i did not end up bawling into my bunny’s fur after this, but i’m glad to have another book reinforcing my commitment to treating stuffed animals as though they suffer deeply when they fall out of bed. because that’s a super healthy way to live.

here are some wonderful photography books that are good companions to this one:

Bears
Chewed
Much Loved
Dirty Bow Wow
Dirty Wow Wow and Other Love Stories: A Tribute to the Threadbare Companions of Childhood

and if anyone knows of any others like these, please tell me, cuz i could look at books like this all day long.