“The only difference between who is a witch and who is not is one man’s mouth.”

to everyone who was bummed out about the first book of james’ dark star trilogy—Black Leopard, Red Wolf—being “misogynistic,” this second volume is the antidote to that complaint, because while the world and the society represented may still be misogynistic, our antiheroine sogolon is rolling up for some vengeance on behalf of the sisterhood.

I warn them that I was a ruthless woman, and if you send me into any place, save for any woman or child, I am the only one leaving there alive.

‘course, that means that the people who were bummed out about Black Leopard, Red Wolf being “brutal” will have to keep waiting for their antidote, which i doubt will be forthcoming in book three. marlon james is never gonna write a gentle book, but everything he writes is gold.

Moon Witch, Spider King is as massive and densely-plotted as book one, but despite its sprawling scope, it feels more approachable—more linear and straightforward—although it is by no means a fast read. its plot slots into Black Leopard, Red Wolf in certain places, but most of the book takes place long before leopard/wolf, so it is neither a retelling nor a standalone. where it does overlap, the POV shift to sogolon provides a necessary counterpoint to everything that happened in book one, when tracker was telling his version of the events.

this is the story of the century-plus life of a formidable woman, from sogolon’s humble beginnings as an underestimated orphan-girl to her transformation into the moon witch, during which time she will become a slave, thief, fighter, lover, mother; she will make allies and adversaries, encounter shapeshifters and monsters, see the rise and fall of empires, witness the truth lost amidst the passing of time, and—more immediately—through the mind-controlling powers of the aesi, whose presence in her life is as constant and enduring as the threats against her sex; the neverending slaughter, silencing, and suppression of women.

and heads will roll for this. or…explode.

ever since i read marlon james’ astonishingly good second novel The Book of Night Women, i’ve considered its antiheroine lilith to be the most fierce and fascinating female characters of all time, but the formidable sogolon may give her a run for her money:

“But not you, Sogolon the baddest woman alive.”

“Never meet one to take the claim from me.” 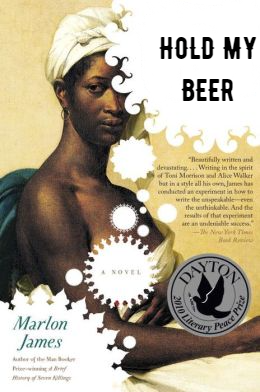 along with longevity, sogolon was born with the power to control wind (not wind), although “control” is not always le mot juste. but you don’t always need surgical precision to get results in the fight against injustice:

When I was done with the Cheetah Society, those who still live fumble through the dark on broken bones, searching for limbs that no science will sew back. Those who die lie stuck in the mud, but their blood wash out into the lake, making the mouth of the tunnel look like it bleed. Hairy feet I kick out of the way, hairy heads the wind (not wind) sweep in and crack open. A dagger fall out of the hand when I kick an arm and break the elbow. I stomp right to the end of the tunnel, stabbing, slicing, kicking, chopping, and slamming any limb that come across my way. The wind (not wind) do everything else.

reviewing the second part of a trilogy is difficult, especially one set in such a minutely-constructed world whose details will make no sense to the uninitiated. in a perfect world, i would have had the time and freedom to reread leopard/wolf before tackling this, to brush up on the details. in this imperfect world, the best i could do was snoop around and see how real reviewers were handling the dilemma and i stumbled upon this unattributed PW review, whose closing portion is something i wish i had written:

If book one centers on the nature of storytelling, this volume turns its focus to memory, archiving, and history as Sogolon works to correct the record. The two stories run parallel to and contradict each other, and James mines the distance between them to raise powerful questions about whether truth is possible when the power of storytelling is available only to a few.

i mean, that’s a perfect and succinct summation proving how ill-equipped i am at this reviewing thing. best i can do is follow my own lead and let marlon james play me out again:

But where she running to? say another voice that sound like her. Sogolon hear this voice before, one that sound closer to her, a voice that slow down her step and calm her heart. No. Calm is not what it do to her heart. The voice don’t slow it down with peace, but with confusion and fear. Right here is the bad she know, out there is the good she don’t, which could be worse than bad. Worse than worse. So the voice telling her. But Sogolon getting tired of that voice, tired of its mosquito buzzing in and out of her ear. No bad that she know sound better than the bad she don’t, when that bad is her brothers chaining her around the neck and putting her to live in a termite hill. The bad that she know is Miss Azora training her to be a whore, then auctioning off her koo to the first rapist. The bad she know is the mistress giving her away like a trinket, and the master and his wicked cock, the sharp point of his rage. The bad that she know can go lie down and spread its legs and get ripped open by a buffalo’s cock. She would rather run off a cliff, wade into the deep part of the river, run down a road with no marker, or where there is no road. Is not where you running to, she tell that feeble voice, getting feebler. Is the running itself. Not knowing where to go is what stop too many from going, keep too many staying, and leave too many not knowing that it don’t matter where you running to as long as you run. Not seeing what lay before them never stop anyone from running in the dark. Girl, nobody here give a care for where you go, not even you, so make distance between you and them. You cannot stay here. 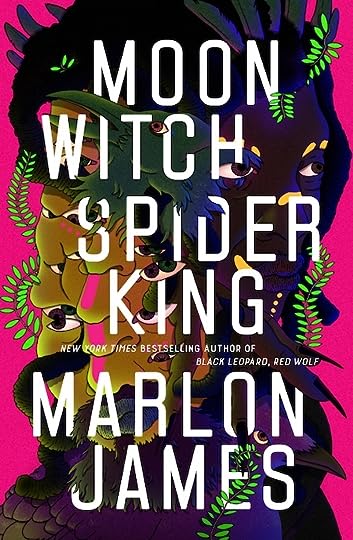