King of Scars by Leigh Bardugo
My rating: 4/5 cats

“I’d like nothing better than another opportunity to talk,” said Nikolai. “But I’m afraid I have more bad news.”

part of the bad news in ravka today is my lukewarm response to this book, which is three stars cats rounded up to four in a panic.

and the only things iiii cared about this january was getting my booknerdy hands on In an Absent Dream, The Winter of the Witch, and this. i have been anticipating King of Scars for what feels like ages – a new branch in bardugo’s worldtree combining characters from the grishaverse trilogy and the six of crows soon-to-be-trilogy into what i was certain was going to be a hearty stew full of bloody meat and rich bone broth. and probably some carrots or something. for vitamins. i was looking forward to it with a physically-felt excitement.

but… there were no heartflips felt by me the morning after. i’m not despairing – yet. after all, i didn’t love Shadow and Bone, and it wasn’t until book 2 of that series that my heart was won, so i’m hoping that this is just the (admittedly long) bumpyish runway to a smooth and memorable flight. as nikolai says, “It’s not exciting if nothing can go wrong.”

and it’s not even that anything went terribly wrong here – there’s nothing to dislike, necessarily, but it was a little… drifty; the multiple threads of the story wandering off in their different directions and just kind of hanging out until the clapperboard summoned them to ACTION!

this is, ostensibly, nikolai’s story, but of the various plots and subplots, i found his to be the least entertaining. his schtick gets old after a while, and the nikolai bon mot n’ flash parade overshadowed characters like genya and david, leaving them sidelined, reduced to timecard-punching automatons. i like zoya, i like nina, but even though they are wildly dissimilar, i had to keep reminding myself which was which. that might just be me being outta the grishaverse too long, but i don’t usually have that problem – with bardugo or otherwise. i liked the isaak segments, the courtly intrigue, but overall, the book didn’t feel magical, in that glitterheart way she’s made me feel in the past.

the ending went where it was, inevitably, bound to go. let’s hope we get some zazz now. zazz OR kaz.

so- even though i was underwhelmed and i’m not as motivated by full-bore impatience for the follow-up as i was for this one, i trust in the power of bardugo to win me back.

and have you looked under the hood of this one? is this the shiniest thing you ever did see? 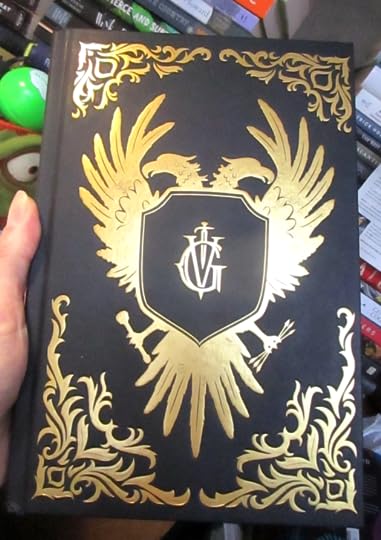 there’s that zazz i was looking for! 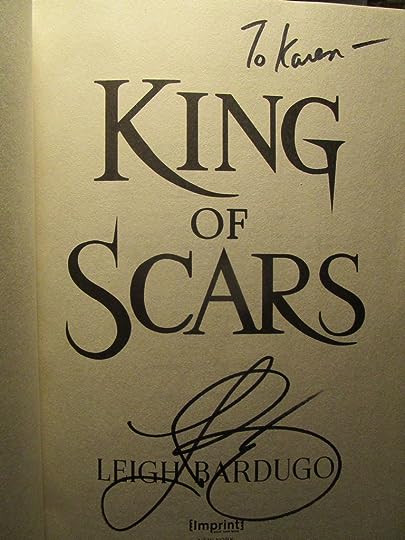