Just Like Mother by Anne Heltzel
My rating: 4/5 cats

inseparable cousins maeve and andrea, along with several other girl-children, were raised by The Mother Collective, a feminist commune (*koff* cult) in vermont, where a group of Mothers presided over a house full of secrets where strange grunts and moans leaked out from beneath locked doors and boy-children were barely-tolerated pets.

girls born to The Mother Collective were well-fed, educated, and self-sufficient, and at the age of thirteen, each girl would

…receive the ritual and become a Mother. It is the greatest privilege, the only way to know love, says Mother with the red hair. It is the fundamental reason for life.

maeve never made it that far—following an incident on her 8th birthday, an escape attempt that ended in tragedy, the cult was raided, the mothers arrested, the children scattered into foster care. maeve was adopted, trailing clouds of trauma, and she spent many of her adult years unsuccessfully searching for her much-missed companion andrea before giving up hope.

until one day, andrea finds her.

andrea is happily married and professionally thriving; the ceo of multi-million tech start-up NewLife, whose wealthy donors have enabled her to cultivate a successful lifestyle brand around family planning and parenthood, although she has recently suffered the loss of her own daughter.

maeve, on the other hand, is resolutely unmarried and childless, struggling to live in new york on a fiction editor’s salary, and “as unattached as it gets” apart from a friend-with-benefits entanglement with a local bartender.

Andrea’s professional life was, admittedly, intriguing. Even in my childish imaginings I had mostly assumed she’d struggled too. It hadn’t occurred to me that she’d be wealthy, accomplished, renowned, and loved. My cousin had made a real life for herself. What did I have to offer, after all these years? If my life was a lazy river, Andrea’s was the Autobahn. I couldn’t help but feel that all those years I was looking for her, she’d been busy leaving me behind.

but, far from leaving maeve behind, andrea is eager to resurrect the sororal intimacy of their childhood, and the women fall back into old patterns, their lives intertwining as easily as if they’ve never been apart. andrea uses her wealth and influence to help maeve, generously offering her a home away from home in her sprawling catskills estate, absorbing her into her life of moneyed ease, introducing her to her baby-obsessed friends and colleagues, offering maeve a safe haven where she can plan her next moves as her life back home begins to skid off the rails.

Just Like Mother is a very modern brand of gothic horror, but it doesn’t stray far from the genre expectations. there are a number of jump-scares and plot twists, and they’re all predictable enough that you wanna sit maeve down for an intervention, but even though it’s clear where all this is heading, it’s a spooky-fun journey filled with creepy dolls and creepier humans, the veneration of motherhood and the inescapable burdens of the past.

and best of all, i now have a magnetic notepad that’s gonna make me not even want to look at my to-do list, let alone accomplish anything on it, which is going to save me so much time! like maeve, I’d spent my life reaching for something bigger but wanting something easier. ignoring all my self-appointed tasks will certainly be easier. 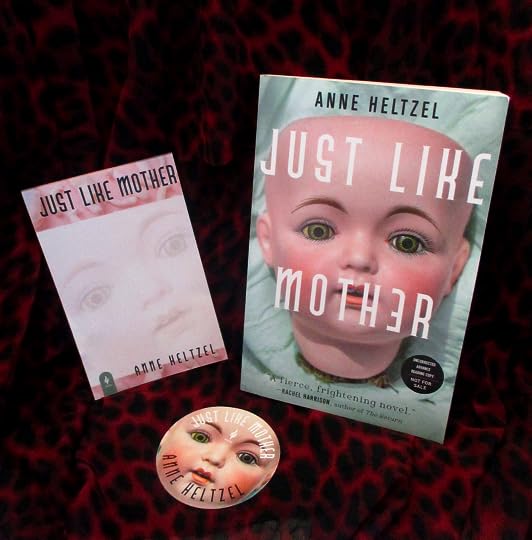 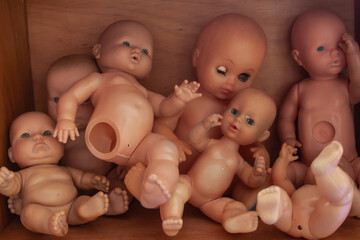