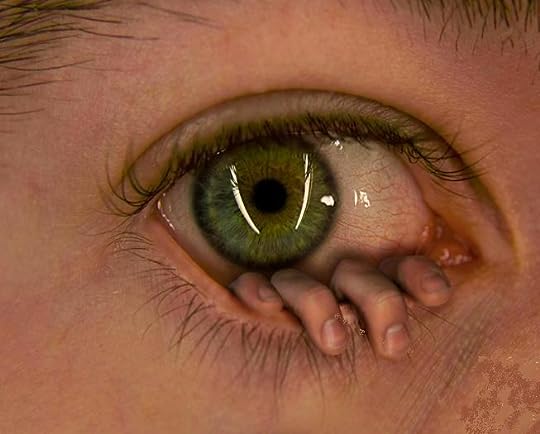 reviewing short story collections is hard. i do not like doing it. so i am going to rock the same style as i did in my review for The Doll Collection: a teaser line or two pulled from the text along with an image i feel is representative of each story’s particulars. this may seem lazy, but it actually takes WAY more time to pull together, given my stubborn and time-eating conviction that if i keep scouring the internet, i will find an even BETTER picture, along with the fact that i basically had to read the book a second time to select my quotes. and since i might actually write some mini-reviews throughout if the mood strikes me, the whole thing was a fool’s errand. i have tricked myself, but at least youuuuuu get the treat of creepy GIFs.

this is a brief, but important little intro, for those impulsive people who see a free book called Haunted Nights with ellen datlow’s name on it at work and just snatch it up without further investigation. the intro lets those goobers know that this isn’t a broad-spectrum horror anthology, it is a halloween anthology, so the stories are rooted specifically in the rituals and lore of that holiday, which is important to note because

1) these references include some old-timey traditions that are outmoded and potentially unfamiliar to modern goobers.

2) some of the stories have the feel of folklore, and are awfully predictable, which would be more disappointing (to me) in an anthology of modern horror, but feels appropriate (to me) in the context of halloween, with my sepia-tinted childhood memories of rhode island halloweens where washington irving stories were read aloud on haunted hayrides and cider was consumed and we may as well have been wearing bonnets for how colonial new england we were. 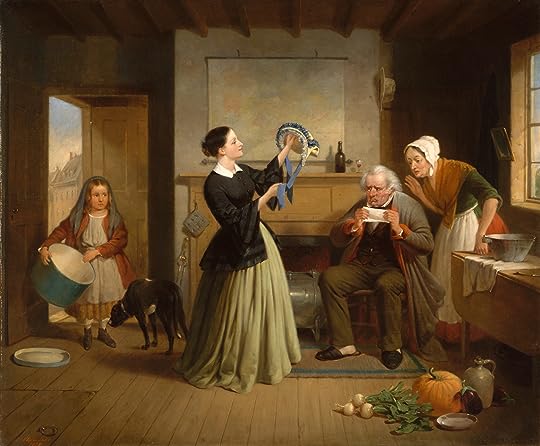 3) the specificity of the theme allows for the inclusion of a couple of stories that are not necessarily horror-horror, although very bad things do happen in them.

okay, enough of that; let’s get to it.

i liked this story fine, but if i’m being perfectly candid, it got a free star cat just for being written by an author i adore. it’s good, but it doesn’t have the ka-POW of her best work. it feels like a second draft, where the characters are almost there, just needing a final polish to shine. but considering she’s produced—what, eight books this year? she’s earned a free star cat. 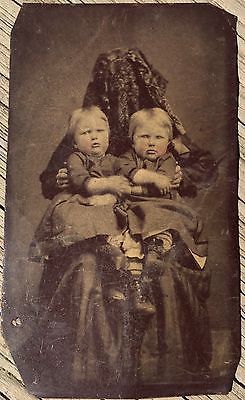 I would sit with her until she was bones, if need be.

this one is messy in the best way possible. it left me with a bunch of questions, but they are of the “engaged reader” rather than the “you wrote it wrong!!” variety. not that i would ever make that accusation. except to herman melville. and thomas hardy for the ending of tess.

A Small Taste of the Old Country – Jonathan Maberry
★★★★☆ 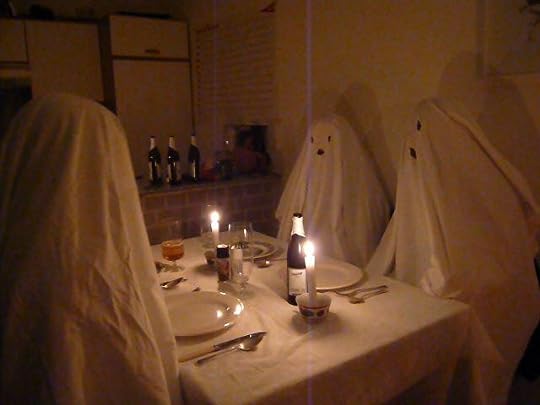 “We love our dead. Their having died does not make them less a part of our family. We can see the holes carved in the world in the shapes of each one of them.”

you can see the ending of this one coming a mile away, but the characters can’t, so reading it brings the same kind of gleeful anticipation as watching (insert monster-villain of your choice) approach the poorly-considered hiding place of dumb teenagers. but in this story, the characters on the “dumb teenagers” side of the equation 100% deserve their fate. 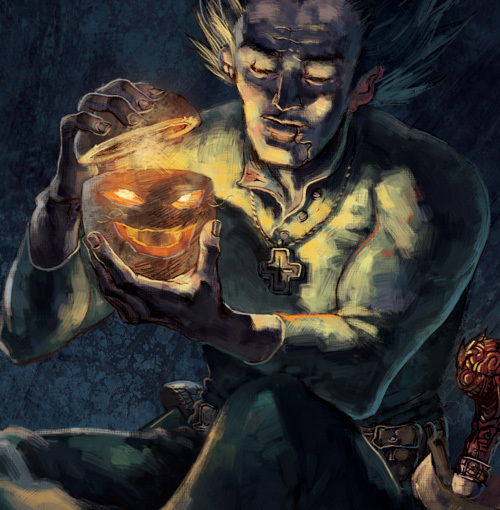 ”Tell me a good one, old man,” she said. She swilled her drink and finally turned to face me. Her irises were as black as her pupils. “A ghost story. That’s the real currency around here on Halloween.”

this is one of the super-predictable ones. it’s not bad or boring, but it definitely feels like reading something “traditional,” something that would have been perfectly suited to those haunted hayrides of my youth, intoned spookily along with all the hawthorne and ghosties and assorted urban legends.

She came closer, careful to keep to the end of the bed, out of reach of that scratching, scrabbling hand. Orando had worked with the dangerously insane for many years and would not risk getting too close. But she had never had such a fascinating patient, and she couldn’t help but lean forward…

this one is creepy, and presents images striking enough that as soon as someone tasked with sourcing content for the next big horror anthology series reads it, BOOM! onscreen it shall go. 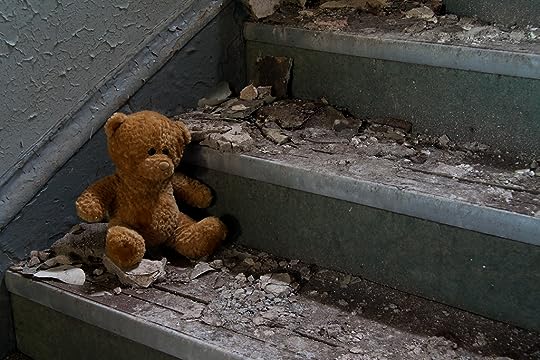 I don’t even know what to say to a kid who poops in a jar.

i guess this is horror, but it is from the school of “the real world is horrible enough.” 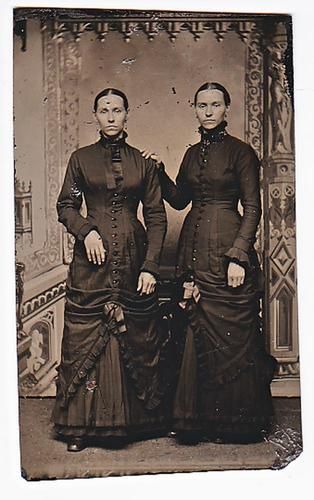 By the time the two murderers were tied up and being led away, there were six dead and twenty wounded. That’s a lot of people to dispatch in a relatively short time with only sharp kitchen utensils.

twins. do i need to say more? i should reread this one, but my first pass (and second half-pass for quote-extraction) response is mixed. it seems to get in its own way at the end. there’s a perfectly satisfying story here, in the tradition of Who Was Changed and Who Was Dead, but then he goes and spackles it in with some last ditch extra stuff the story doesn’t need and he doesn’t explore, and it just throws off the whole balance with unnecessary equivocation. 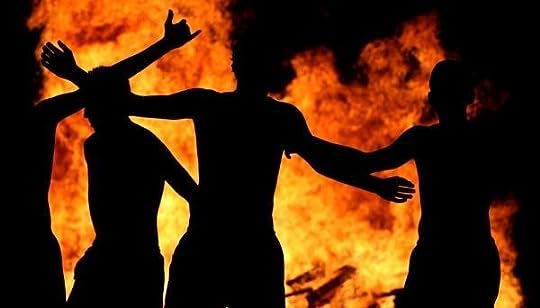 The old ways always worked for them, so they would continue with them long after others had forgotten their roots.

this one was fine, but i don’t have anything to add beyond that. and since i wasn’t SUPPOSED to be reviewing these stories and yet am reviewing each and every one of them as though i’ve been possessed by the nerdiest demon ever, i’m just going to move on.

”Come on,” I said to our party guests. “This will be fun. We’ll use the salt-and-pepper shakers for “yes” or “no” and then we’ll only ask questions the ghosties don’t have to spell out. Look at me! I’m a psychic!”

this is the douchiest character in the whole collection. and the biggest horror of all in this story is that View Spoiler »he does not die at the end, nor even come close. nor does he even change as a result of what he witnesses. the last sentence finds him as douchey as ever. where’s the comeuppance, miskowski?? « Hide Spoiler

”What do you suppose it remembers?” asked Millie, her voice papery and whisper-thin beside me, a kind of light flutter against my eardrum. “Does it know how I’ve made use of it?”

“It must know something,” I said. “Otherwise it wouldn’t be screaming.”

i’m gonna go ahead and change this one to five stars cats, because it is one of the weirdest fucking things i have ever read, and the last sentence made me do an actual, physical double-take before busting out in what can only be described as a bray of appreciative laughter.

All Through the Night – Elise Forier Edie
★★★★☆

”See how hunger makes the world like a veil,” she had said. “How another Place hides behind it.”

foof. this one’s a heartbreaker. it’s not horror at all, but it is beautifully told and controlled and boy, does it linger. some humans may cry.

A Kingdom of Sugar Skulls and Marigolds – Eric J. Guignard
★★★★☆

fun and cartoony and fun and trippy and…FUN. the characters don’t have fun the whole way through, and there are moments where a reader’s anger will be stirred and revenge demanded, but let the dead handle that part.

It’s always the same. They can’t help themselves.

When they hear it, when they hear me, they turn. That’s the key. It’s what leads to their downfall. You can’t blame them, of course. It’s natural; it’s instinct. Something which, for generations, has kept them safe. A need to look, to see who might be behind them. Who or what might be following. It has kept people alive, in fact, which is ironic when you think about it. Because the same action now, tonight, is what will ensure their death.

this is a perfect little halloween morsel. it’s creepy enough to make the back of your neck itch and i guarantee it will pop into your head the next time you’re out walking at night, and it ends SO well with a little surprise kick. very good stuff.

I once overheard a woman who’d just been to a funeral say something to the effect that the dead person’s troubles were over. I didn’t even have to look at her to know she lived only in the natural world.

another one that feels like classic folklore, but modernized with a humorous urban fantasy vibe. if you were to excavate it, there’d be some aesop, some murder ballad, some br’er rabbit, and it’s fine without being particularly memorable.

”At dusk on Halloween, we entered the mine. I was certain we’d run into kids partying there. In fact, I was counting on it. I wanted it as an illustration of an annual event, a local ritual. But there was no one there. As far as setbacks go, it wasn’t bad. After filming the mine’s exterior, we walked into it.”

“And we came out again,” Sarah says. “Eventually.”

i was dreading this story, because it is loooong, and because historically, i have avoided langan the way i avoid all horror writers who fall into the lovecraftian tradition, as that style does nothing for me. but this was not full of nameless eldritch dread nor hideous ichor and madness. or rather, it’s got some of those elements, but they are not run through a lovecraft filter, and if brian evenson hadn’t suckerpunched me with his story, this would probably have been my favorite in the collection.

”This is totally safe, so you just need to enjoy your first Halloween!”

halloweeeeeeeen on the moooooon! i really enjoyed this little sci-fi/horror tale. it’s short and cagey, and a good endpoint to the collection—a future in which halloween has become a long-dormant tradition; a cultural relic from the time before humans fled the invading aliens and moved to the moon. one which is revived as an interactive history lesson for schoolchildren, its customs taught, and learned, with unexpectedly devastating results.

wow, so that happened. i reviewed every damn story without even meaning to. this is how i lose hours of my life. i hope at least one person read all the way down to here, otherwise i’m going to have to scold myself for yet another bad life decision.

if you are here, happy halloween!!

here is a list i made for riffle! this book is on it!