Every Heart a Doorway by Seanan McGuire
My rating: 5/5 cats

“Before I went through that doorway, I knew there was no such thing as a portal to another world. Now I know that if you open the right door at the right time, you might finally find a place where you belong. Why does that mean I can’t go back?”

i started a review for this book when i read it three months ago, but i kept putting it off and as the pub date grew ever closer, i started panicking with “oh no, i loved this so much i want to write an amazing, persuasive review for it so no one will be able to resist reading this perfect perfect perfect book but it’s been so long and details are so blurry aarrgghh!!”

so i read it again.

cover to cover, front to back and lemme tell you – rereading is NOT something i have any time for, what with this whole “no one lives forever” bullshit i just learned about.

but it was worth it.

now, this doesn’t mean that the review will actually be amazing and/or persuasive, but it certainly stands a better chance now that it’s fresher in my mind.

it takes place at a very special boarding school, called Eleanor West’s Home for Wayward Children; a safe haven for boys and (mostly) girls who, like alice or those narnia kids, went through doors leading to fantasy-worlds, spent considerable time in those worlds, and then for one reason or another, returned to their old lives.

and all they want is to go back.

“For us, the places we went were home. We didn’t care if they were good or evil or neutral or what. We cared about the fact that for the first time, we didn’t have to pretend to be something we weren’t. We just got to be. That made all the difference in the world.”

the school is run by a woman who has some personal experience with being kicked out of a magical world, who presents her school to concerned parents as a place where their afflicted, shellshocked children can receive therapy and be cured of their “delusions,” but in reality, the therapy offered is less about addressing “delusions” and more about helping these damaged souls deal with the trauma of being booted out of their own personal edens.

and you would think that in a school like this, where everyone can relate to these very specific feelings of loss and despair, where a supportive community can be formed, with comfort taken in their shared differences, you would think everything would be safe.

Even if they would never have the opportunity to go back home, they would have someone who understood, and the company of their peers, which was a treasure beyond reckoning.

the problem is that while their basic experiences are similar, the fabrics/rules/mechanics of all the possible worlds are vastly different, so there is no true common ground. mcguire lays out this venn diagram/compass of the specific features of these various worlds, and develops an impressive number of them fairly comprehensively:

nancy returns from an underworld – the halls of the dead, which values quiet, peace, stillness, and shadows. sumi is that manic tansy/foxy type of character, returning from a nonsense world where to stand still would be deadly; there are fairylands, rigid and logical worlds, realms where running on rainbows is both common and dangerous, etc etc. so while they are all different from “normal” kids, they are all different from each other in different ways. theirs is a superficial similarity, like how agatha christie and ian rankin both write mysteries, but their books would find they had little in common about 25 minutes into their awkward first date small talk: “so, you like … murder?”

and so, despite this very important common ground, there’s still bullying and cliques and social hierarchies at the school.

the book is a mishmash of many wonderful things – a mystery, a fantasy, a coming-of-age story that is itself a rabbit hole into something much deeper and more … fantastic. 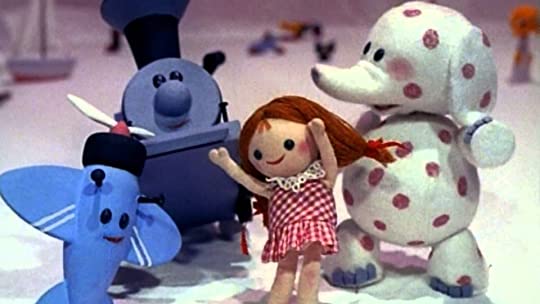 and making your own way and staying true to yourself and all these other jejeune-sounding things like tolerance and acceptance and understanding, but it’s much less superficial than i am making it sound, and it also addresses big-picture things like gender and sexuality and mental illness in very interesting ways that, while this isn’t intended as YA fiction, would be a good crossover title for stronger teen readers.

there’s an emphasis on racial diversity and a whole rainbow of gender and sexual identity that complicate the home lives of these children: there’s a trans character, a character who is asexual, and there are other characters who are not accepted simply by not living up to parental expectations. some are abandoned at the school – discarded, and some have well-meaning parents who cannot comprehend or accept what their children have experienced and are hoping they come out of the school restored to “normal.”

Her parents loved her, there was no question of that, but their love was the sort that filled her suitcase with colors and kept trying to set her up on dates with local boys. Their love wanted to fix her, and refused to see that she wasn’t broken.

to those who have never been through a portal to a magical world, their children’s accounts seem to be childish fantasies at best or, more alarmingly, a form of madness. they try to account for these changes in their children with medical explanations like eating disorders or post-traumatic stress or amnesia brought on by kidnapping or other traumas, refusing to understand that madness is just an altered perception of reality and it may have been altered for their children in precisely the ways they are claiming.

“My folks would let me come back,” said Christopher. “They think this is all some complicated breakdown triggered by the things that happened after I ‘ran away.’ …It’s really sad, because they care so damn much, and they’re so completely wrong about everything, you know?”

and this kind of dysfunction-story could be irredeemably horrible and bleak in other hands, but mcguire has such a deft, light touch, and it’s written with her signature energy that infuses humor and poignancy and honesty into a dark story and what you end up with is her trademark brand of beautiful horror. it’s got all those dark-funny zings you’d expect from her: “An unreported death is just a disappearance in its Sunday clothes,” and her characters are, as always, phenomenal.

on this second reading, i took pages and pages of notes and went a little nutso analyzing it, but i don’t want to ruin anything for anyone so i’m just gonna scrap it all. i just want to say that this book is a beautiful heartbreaker that is incredibly densely-written for such a little shorty, but it reads so feather-light.

i have no idea what the rest of this series will be – it ends on a note jaggedy with possibilities. i’ll be a little disappointed if the next book follows the path of the character this book ends with, because that is the least interesting character to me, but i have complete faith in mcguire’s instincts, and i will follow her anywhere. 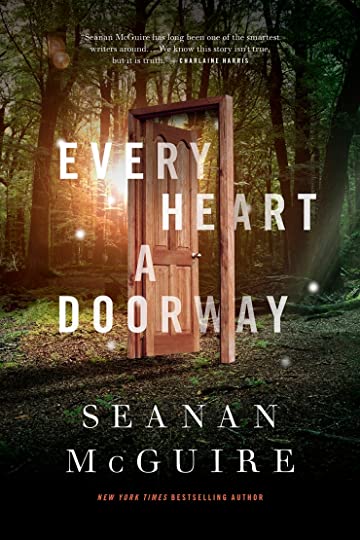 and before there was a description up for the book, i got SO excited because i thought seanan mcguire was sticking her pen into mira grant’s parasitology ink and i started doing a little dance and squeal-chanting:

some lies better left untold;
some dreams better left unsold.
the broken doors are open.
come and enter, and be home.
my darling girl, be careful now,
and don’t go out alone

but, no. different door. i guarantee you she did that on purpose, to give all the parasitology kids a little heart attack because i know i want an illustrated version of Don’t Go Out Alone and i can’t be the only one.

and i don’t care what you say, there are definitely little nods to that other series here – naturally there’s an emphasis on doors: “You shouldn’t close doors just because you don’t like what’s on the other side,” and these are characters who have been booted from fantasy worlds and whose doors are, in a sense, broken because they have become inaccessible to them, and nancy’s disdain for the “quick, hot, and restless” reminds me of the peace and comfort sally finds in the “hot warm dark.”

and none of that can be accidental.

someday my prince will come in the form of a d.g.o.a. graphic novel, but for now i’ll just bide my time and hopefully there won’t be too long a gap between this book and its follow-up. 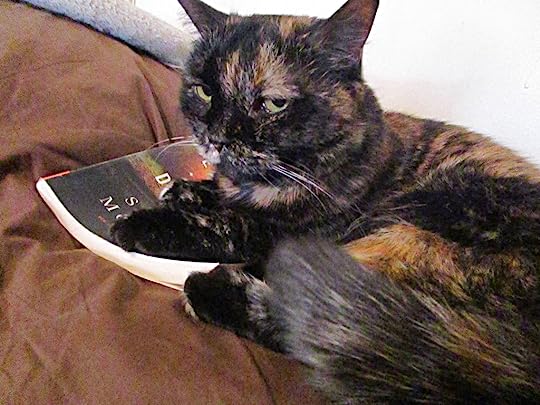 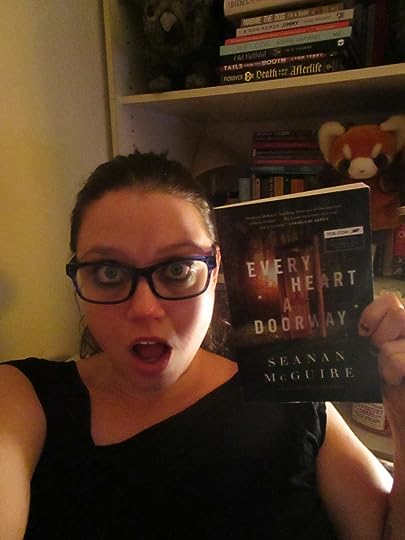 i did not win when i entered the firstreads giveaway, and i’m still pending pending pending on netgalley, but now who needs ’em!!?? thank you so much macmillan/tor.com and now that i just found out this is the first bit in a series, my mind is exploding.

review is coming, i just gotta freak out a bit more first.