when i invited all of you (both of you?) to read this story with me today, i had no idea how long it was. pals, it is LONG. it’s broken up into six parts, and estimated reading times are provided:

your reading speed may vary—mine did—but it was still way more time than i had anticipated spending on fulfilling today’s short story challenge.

silver-lining-however, reading a long’un helped me feel like less of a cheaty-reader for having read those veryshort stories earlier in this project even though i know the only one judging me for that is me.

if you have the time, it’s worth reading this one. although it features the same encroaching-darkness phenomenon as Dark Tide, it’s more of a companion story than a sequel, so you can read this one independently without any confusion. there are some repeated elements between the two stories: a “ship” called Pandora (FUN FACT: Dark Tide has TWO…modes of transport named Pandora), the mantra “Hope floats,” the image of a burned-out car with a gutted teddy bear, and the eventual mode of escape, but in this one, there’s just more: more backstory, more character work, more conflicts, more time spent observing/evading the darkness and the additional threats it generates, more time strategizing an escape plan, more speculation around the cause of the event, more detail about what happens to people (and animals) the darkness has touched, more magic, and more mentions of a-ha. 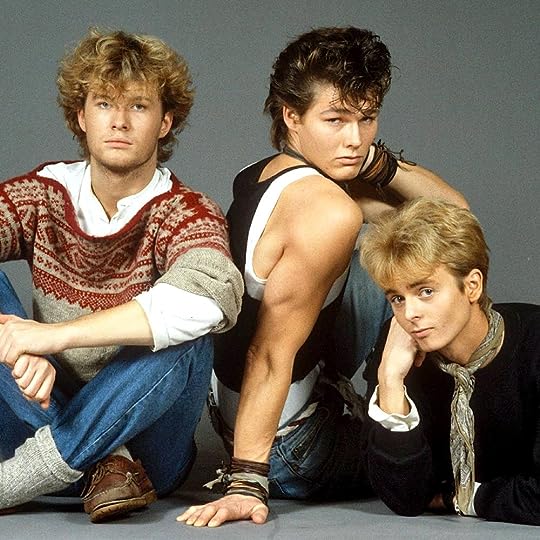 it’s set in 1985, and it has very strong stephen king/stranger things vibes—part coming-of-age story, part RUN FROM THE HORRORS story.

Elias didn’t understand how friendship worked. He didn’t understand the forces that would push him out of the car into the claws of monsters rather than let down a boy who almost broke his nose last fall over an argument about a skateboard. Intellectually he knew that whatever random collection of boys had been in his class at school he would have found friends. Robbie was just a roll of the dice. But he was Elias’s roll. This was his life. What had been given to him and what he had taken, and if he were willing to toss it aside because of fear, then what was any of it worth? If their friendship wasn’t special than neither was the life he was trying to protect.

(there are a lot of typos throughout this story and i have chosen to copyedit that passage instead of [sic.]-ing it—please don’t sue me for tampering!)

anyway, not content with deleting my previous years’ advent calendar stories, gr had “a problem saving [my] review,” so i’ve had to rewrite all of this (certain that my original words were funnier and wiser all around), and i have reached the limit of how much time i am willing to spend on this silly little post and am feeling very scroogegrinch right now.