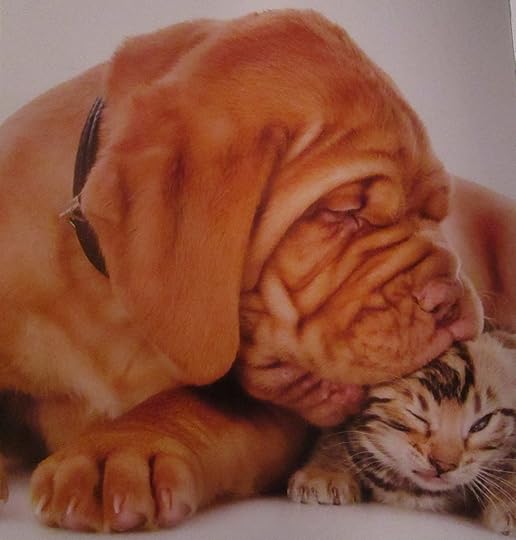 in order to compete with “the internet*” in the awww cute animals game, you really need to bring something tremendous to the party. you can’t just make rice krispie treats and expect padma to wet herself.

and this book in particular, whose concept is using adorbs animals as cheap therapy/medicine to chase away the blues, needs to at least be cuter than a dog food commercial.

it’s a great premise, and i like the way the book is sectioned off into escalating degrees of need and sadness from emergencies low/moderate/high/severe/extreme, but the cuteness of the animals doesn’t seem to vary with the size of the emergency. yes, all animals are cute, but there’s a clear difference between 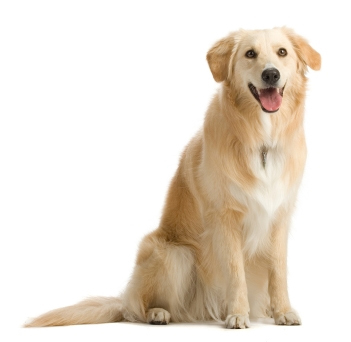 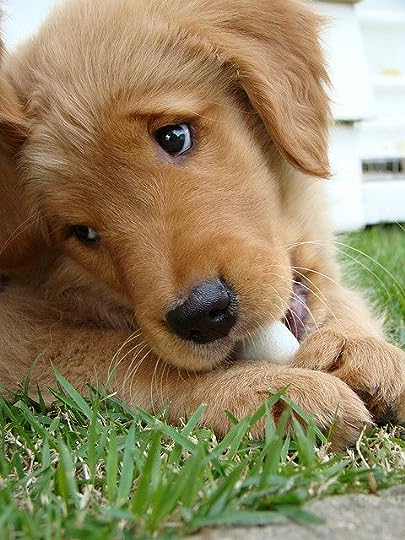 (neither of these are from the book)

and i find it hard to believe that in the “extreme cute” section, you would include a yak, which is a moderate emergency if ever i saw one. “cute” is subjective, sure, but no one has ever thought that an adult yak is the cutest animal of all time**. 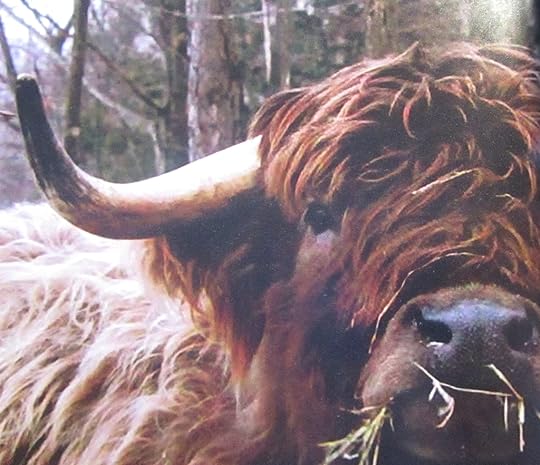 not when puppy piles exist. 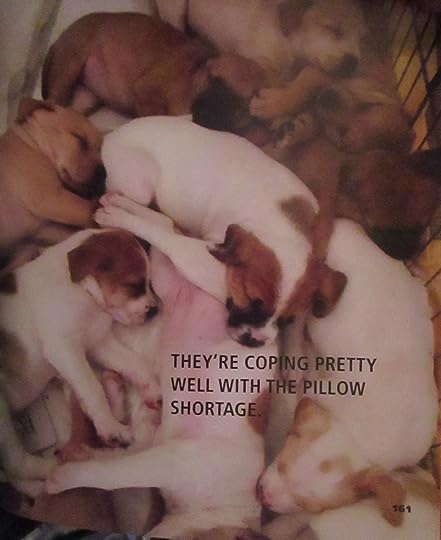 if you’re going to establish a concept, you need to follow through and work at making your concept effective rather that just a superficial and arbitrary distinction, especially with a book like this which requires no more effort than a halfhearted google image search and securing some permissions. go the extra mile! don’t be lazy! unless you’re a dog 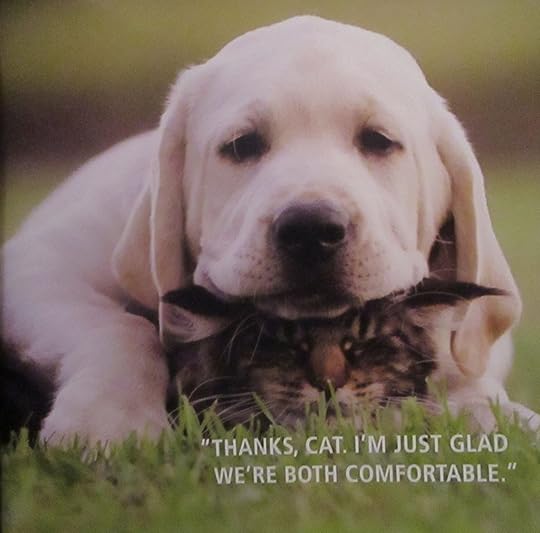 part of the problem is variety. the animal kingdom is vast, but this book is very dog-and-cat centric with barely any exotic cuties.

there are 28 pictures of cats 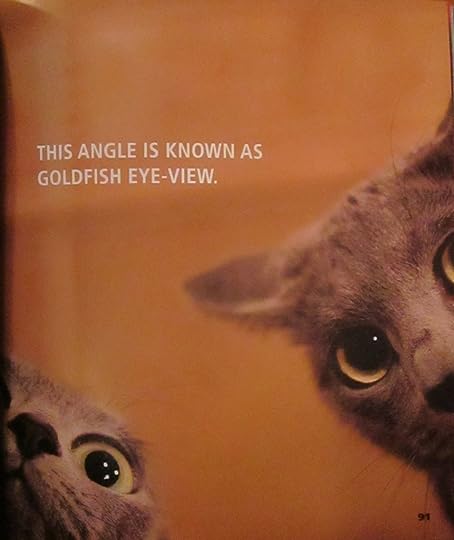 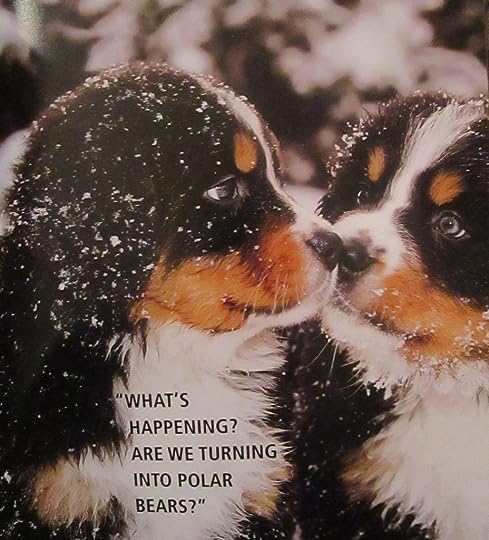 5 pictures that feature a cat and dog together 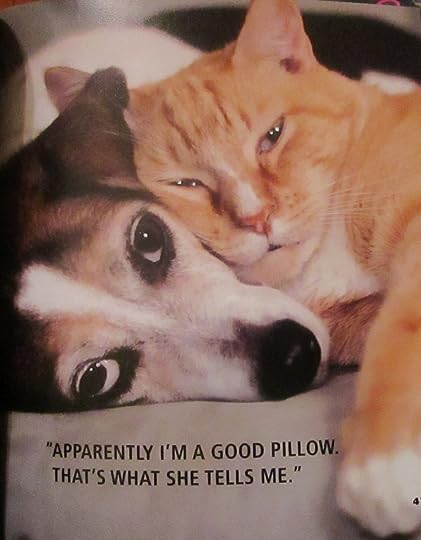 and one of a dog that thinks it’s a cat 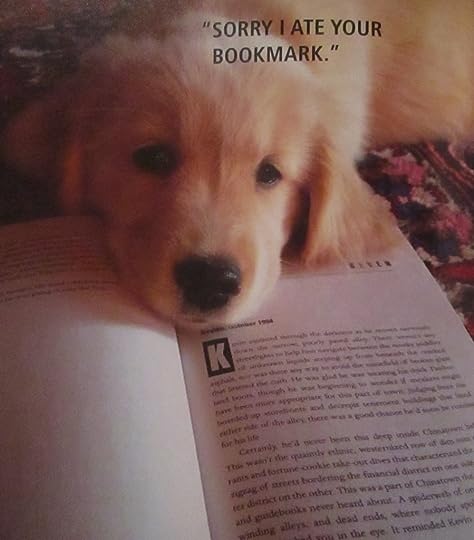 and it’s not like these animals aren’t cute. i mean come on 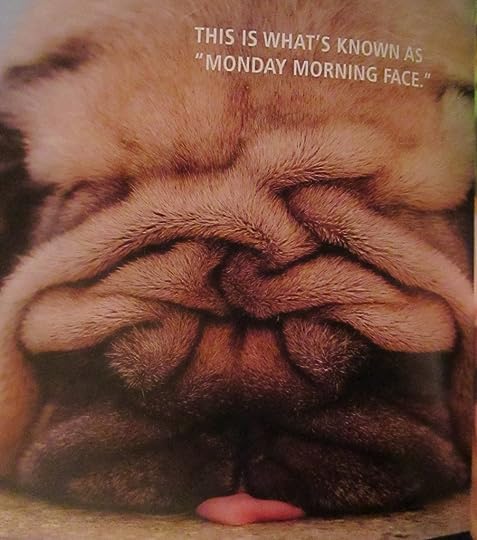 there are sections with four pages of cats in a row. or four pages of dogs, where one of those four pages has four insets of dog pictures. mix it up, man. cute comes in all shapes, not just “pet store.”

there are only 3 other species that show up 5-or-more times: monkeys (into which category i am rudely lumping all manner of apes n’ such)—5, hedgehogs—6, and (the biologically unspecific) bunnies—6.

the biggest problem with this book is that there are ZERO red pandas even though they are the most medicinal of all.

and only one raccoon 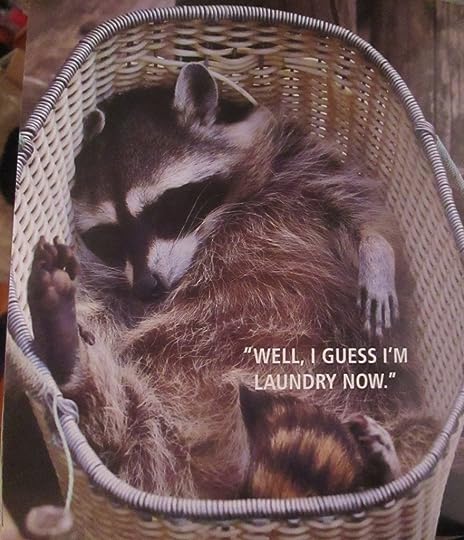 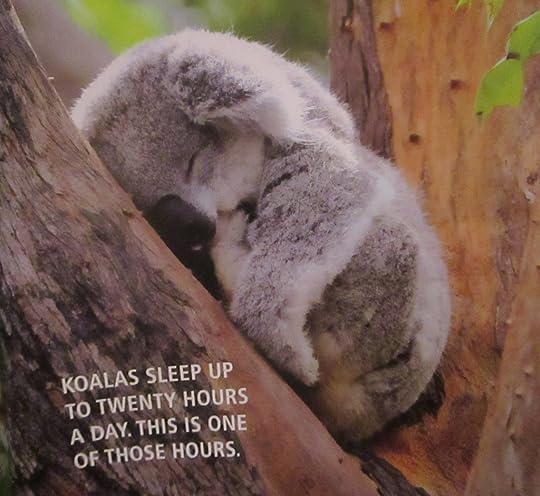 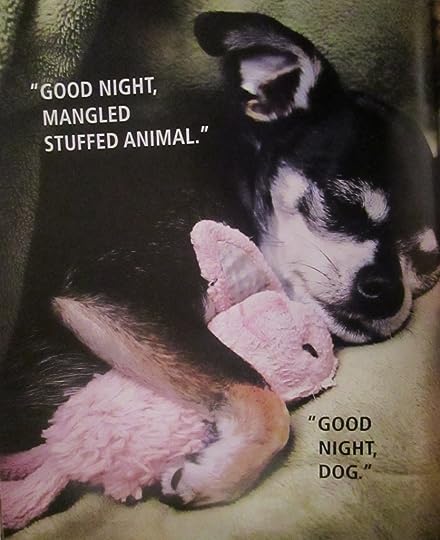 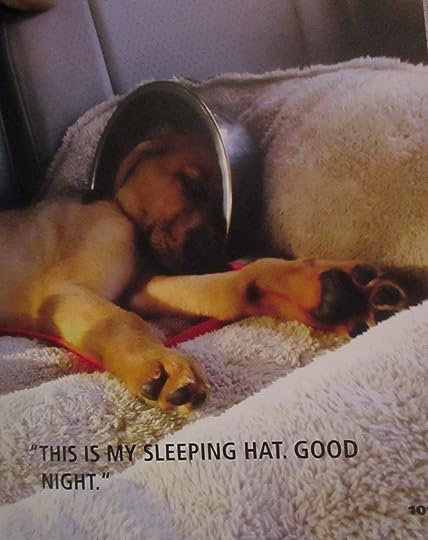 but there’s only so many pictures of sleeping (mostly) dogs n’cats you can look at before you want to wrest editorial control away from the makers of the book and say THIS IS HOW YOU SHOWCASE THE MARVELS OF THE ANIMAL KINGDOM, MOFO!

because an even more serious problem is the inclusion of animals in clothes. leaving aside my own personal feelings on the matter, from an unbiased editorial standpoint, it’s just cheap. considering how cute animals are all on their own, this seems unnecessary. and not even particularly cute. 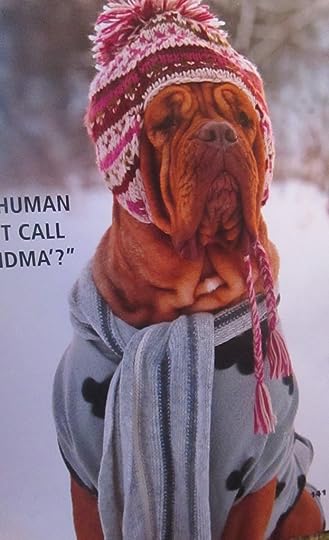 and this—2 pages of dogs in oversized sunglasses. it’s just so…lazy. 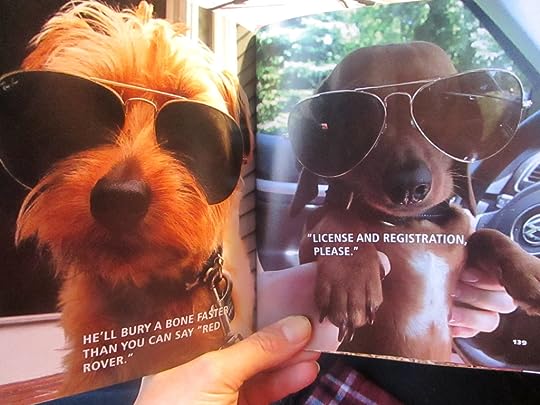 the captions are also lazy. or corny.

although i agree with one or two of them. 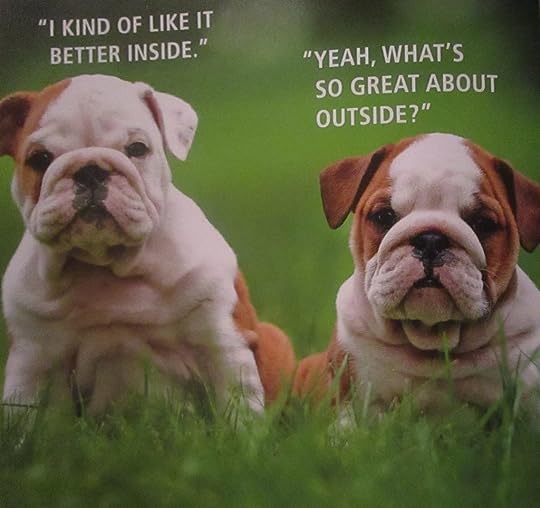 so there are a lot of missteps overall, imho

on the other hand, dog feet 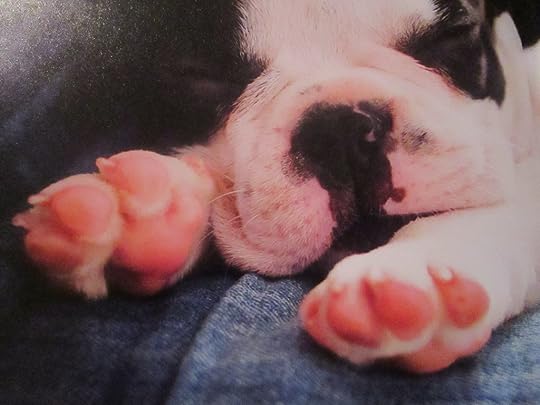 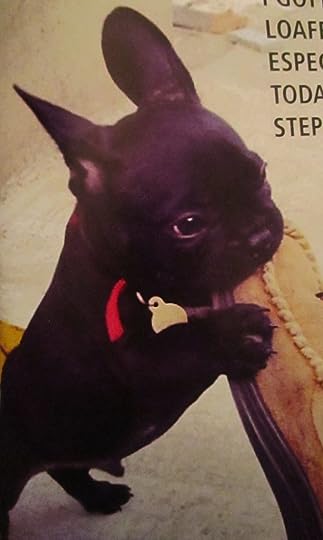 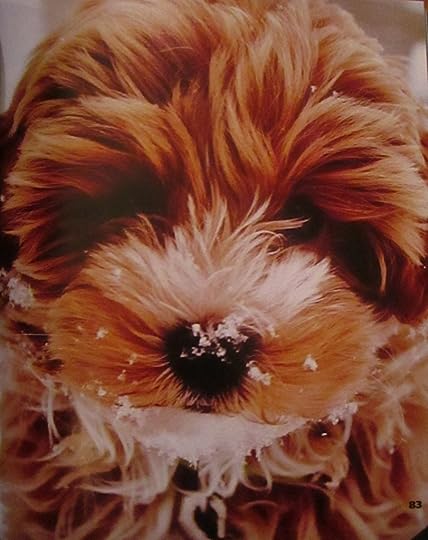 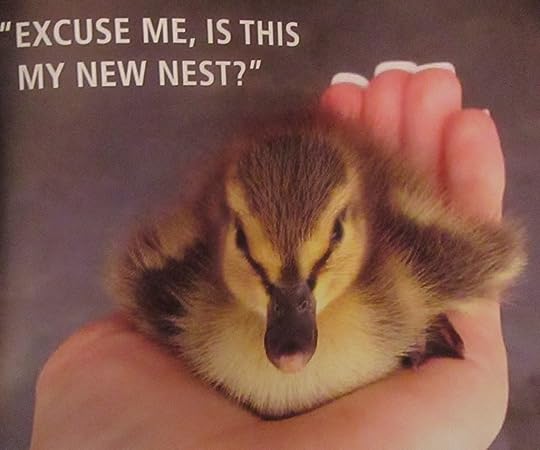 look, if you’re really sad? this is all you need

* which, yes, i know—this book is culled from a twitter thingie:

as well as some other internet thingies that may or may not be officially related: