Consider the Fork: A History of How We Cook and Eat by Bee Wilson
My rating: 3/5 cats

i am making my way back into the land of reviewing….

i don’t read a lot of nonfiction. but if i am really into the subject matter, i will take the plunge, and when it is narrative nonfiction, told with verve and humor, that makes it all the better. however, it turns out, i am more interested in food itself than in the utensils and machines that facilitate food preparation and storage.

“Consider the Fork is an exploration of the way the implements we use in the kitchen affect what we eat, how we eat, and what we feel about what we eat.”

and it’s a great book for those of you inclined to explore these matters; there are definitely fascinating facts, and i have discovered a heretofore underdeveloped desire for a le crueset pan, 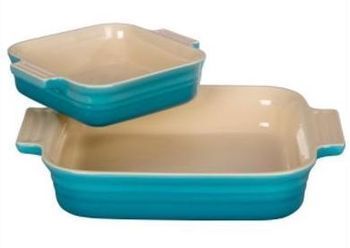 yeah, i want this.

overall, it was not quite what i was expecting. my fault entirely. but i learned a lot of interesting facts about the history of kitchen safety, and the development of cooling agents, a ton of antiquated kitchen gizmos, the evolution of the knife and its cultural associations, the dangers of the mandoline, the microwave phenomenon, and geyser cooking!

it is about food fads, and tradition and the evolution of cooking, and what we lose in quality the more we rely on machines to give us the shortcuts. it isn’t a plea to return to simpler times, though—it doesn’t have that kind of emotional agenda; it is purely scholarly, with some personal stories in the mix.

the best chapter is the one that talks about the food of the sixties and seventies, and the introduction of the cuisinart. i collect all those better homes and gardens cookbooks like 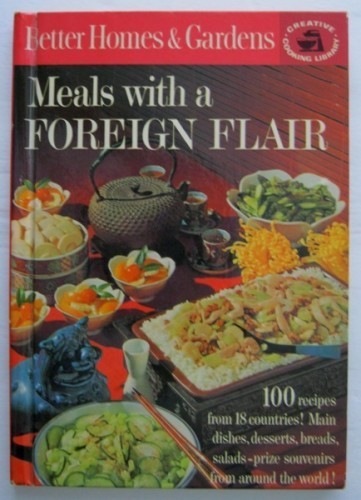 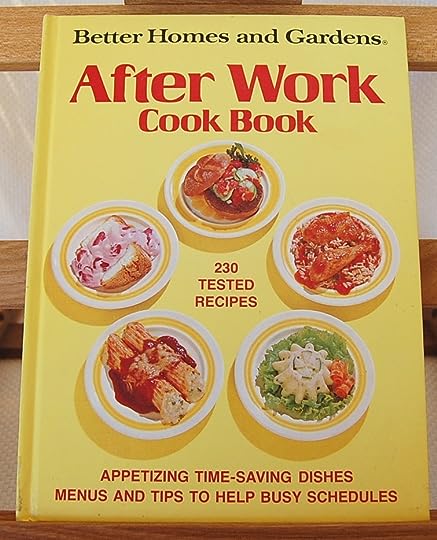 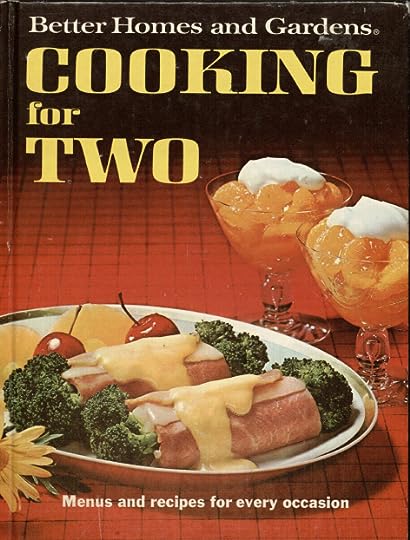 because they crack me up with their food presentation. everything has unexpected (canned) fruit, there are always these glistening sauces and toothpicks and aspic and everything can be made in a wok or tortured beyond its intended shape. and this book talks about this a bit, with the craze for smooth textures and endless dips and the ease that homemakers now found preparing more “exotic” dishes at home. with the newer technologies, women had more time on their hands to experiment, and these experiments have really defined that era. do yourself a favor and check one of them out sometime. so many cans to be opened!

and i do love thinking about “the first time.” the first time people realized that an animal could be cooked over a fire. the first person who thought nutmeg might be edible. because, let’s face it, this screams “poison” to me: 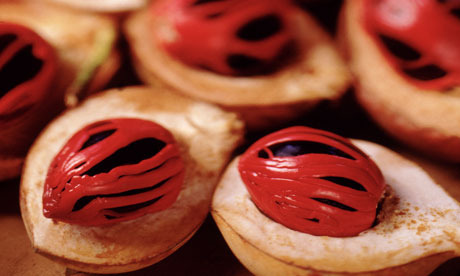 and it is, a little bit, but it is also delicious, right? but this book really makes you pause and think about foods we take for granted, and to think about that “first time” feeling, which is pretty exciting.

but it is also about the way we delude ourselves in the kitchen.

Kitchen gadgets—especially the fancy expensive kind that are sold through the shopping channels – advertise themselves with the promise that they will change your life. Often, however, your life is changed in ways that you did not expect. You buy an electric mixer, which makes it incredibly quick and easy to make cakes. And so you feel that you ought to make cakes, whereas before you acquired the mixer, making cakes was so laborious that you were happy to buy them. In fact, therefore, the mixer has cost you time rather than saving it. There’s also the side effect that in making room for the mixer, you have lost another few precious inches of counter space. Not to mention the hours you will spend washing the bowl and attachments and mopping the flour that splatters everywhere as it mixes.

my grandmother is a sucker for cutesy kitchen gadgets. she has…everything. and then she will give them to my dad, and he will dutifully take them and eventually, he will pass it off to me. i have a ton of things here i will never ever use: plastic pastry shapers for making turnovers, a corn on the cob butterer shaped like a piece of corn, a teeny tiny rolling pin for making teeny tiny tarts, butter warmers, a machine for making those blooming onion thingies…and it’s not like i have a lotta space here. but i feel sticky getting rid of them, you know? but having said that, my father has also become a devotee of the king arthur flour company, and his baguette pan is something i would never have him be without. so for every lapful of “wait, why do i have this??” 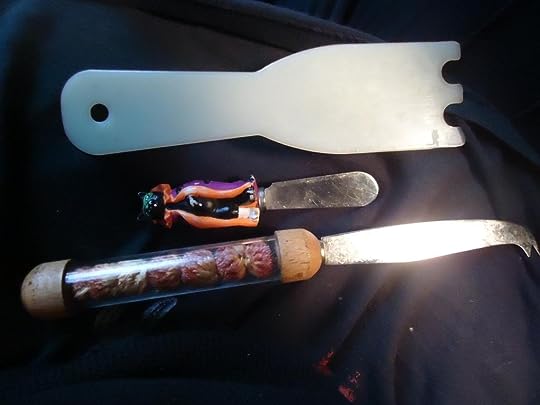 there is something that actually works, and that i wouldn’t want to give up like my ferocious microplane, which is pretty rad, but a bitch to clean, for sure. 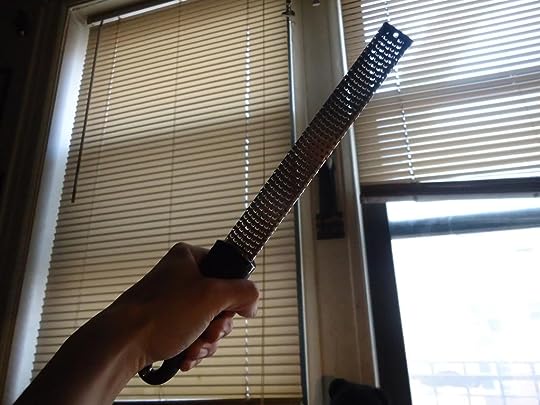 but it is not just about fancy-schmancy devices, it is also about the invention of the pot, the spoon, the colander. things that we take for granted, but are timeless and necessary.

my only complaint is that the book lacks flow. the chapters don’t really cohere into a unified story of food, the way i had hoped. the chapters stand alone, and each does have its nuggets of gold, but overall, it read like a series of essays. i liked the personal touches and anecdotes, and i think i would have liked to have seen more of those. for people who are interested in food, and cultural history and social anthropology, there is a lot here to chew on (heh.) but for me, it will always be about the food.