Catch ‘Em in the Act by Terry Bisson
My rating: 3/5 cats

It only had two buttons: SHOOT and PLAY. Not a lot of features. But the price was right.

Lou pointed it at his cat and looked in the viewscreen.

There was the cat. The picture in the viewscreen was black and white, with a little Date&Time display at the top. It was even grainy, like a real surveillance video.

The cat took a crap in the corner, and then left the room, looking like a criminal. But cats always look like criminals.

since tor.com is taking a short break (meaning both “a brief break” and “a (brief) break from publishing the free shorts”), i went way back into the archives to find one i hadn’t read and found this little piece from 2008.

a fun, twilight zone-ish premise underdeveloped into an okay story: a lonely loser purchases a CRIMESTOPPERS™ VIDEO CAMERA, only to find that it doesn’t record crimes being committed so much as it causes people (and a cat) to commit crimes, recording them for all yer blackmailing needs.

the tone is decisively absurdist—very goofy and slapsticky, but its brand of humor may not appeal to contemporary readers, which seems weird to say about something written ten-and-change years ago, but i stand by it. it’s got strong incel vibes, casual animal death, lady-abduction, some wincingly-broad characterizations, and i suppose the charitable phrase for it would be “charmingly dated.” it comes across more clumsy than intentionally offensive, but because it’s such a breezy skim of a story, when characters are defined and referred to by their most basic and stereotypical attributes: the pakistani 7-11 clerk, the fat white kid, the black guy buying salems and a lottery ticket threatening to kick the narrator’s ass, the little old lady…it’s not great.

my main gripe with it is that it’s a bit hacky. it seems raw and unfinished, like he came up with the idea for the camera and then hastily constructed a story around it that doesn’t go anywhere or say anything. there’s no real motivation given for why the narrator buys the camera in the first place:

Lou was almost thirty. He had a job and an apartment, but he was lonely. He didn’t have any friends. He didn’t know why; he just didn’t.

So he did what everyone who is lonely does: YouTube and eBay. One day it was eBay.

where he discovers the camera:

So Lou did what every lonely person with PayPal does. He clicked on BUY.

and apart from the three characters mentioned above, whose respective arrivals to the narrative are all clumped into one chonk of the story, he doesn’t bother to disclose the race of any other character (one assumes they default white) or even describe them, beyond “the girl” who is “extremely pretty.” we don’t even know what color the cat is. which, who cares, right? but the fact that he made a point to assign race to three characters makes the omission w/r/t other characters seem like lazy writing.

there’s no traditional story arc, no character growth, and why is this thirty-year-old man making such a romantic play for a “girl” who’s getting picked up at the mall by her mom every day?

i didn’t hate it, but it’s not a great introduction to his work. i’ve always been in love with the cover of this other book he wrote: 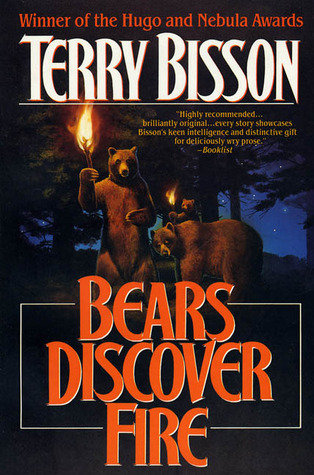 and maybe that one is better than meh. 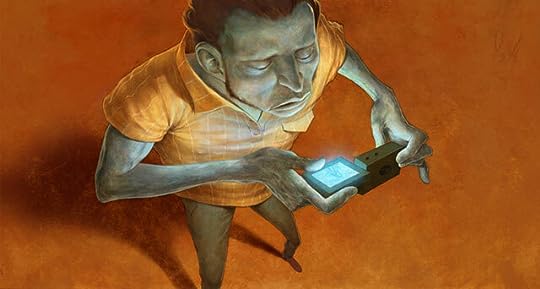 read it for yourself here