Bred by the Beastmen by Francis Ashe

i’m not really sure i fully grasped the specifics of this story. it is about a woman.

that much i know.

i am not sure what her credentials are, because the story never really goes into that. however – she goes into the “forest” where there is “underbrush.” this much we know. she goes with a “producer” and a “cameraman,” so there is some kind of “show” being filmed, but what kind?? the kind that films beastmen. what’s a beastman? it is kind of like a neanderthal, a little. but who the heck is she, that she knows about this secret tribe that no one else knows about, and who is funding this little party? she is not a scientist, because To keep these incredibly strange, beautiful creatures safe from tourists, gawkers, and scientists, we had to agree that our guide, who told us about them, would drop us off blind.

see, this makes me suspicious.

how does gina templeton get the skinny on the beastmen?? and does she have any formal training in animal handling?? or biology?? or any kind of -ology?? because, honestly, she does not handle herself very professionally in the field.

but i am getting ahead of myself.

to backtrack to the subject headings gracing this story; “reluctant bondage breeding erotica,” there is nothing “reluctant” about this woman. i know that the “she was asking for it, dressed like that” mentality is unpleasant, and i hate to be the one piping up with a variant of it, but the facts remain.

the guide who seems to hate science but like inexperienced and uncertified strangers warns them:

“They, uh, got no women. I don’t know why, but all the times I been out there, no women. They, uh, I dunno what they are, really. Seems ‘tween a man and monster, I think. I’m jes’ tellin’ you now, but you gotta to be careful with ’em. [sic] They’re big and strong, yeah, but they just aren’t quite a human. You’ll see.” He warned us, but I think we were all too excited about the possibilities to pay much mind to what he said, and he sounded, frankly, a little crazy.

right. he sounds crazy, but you’re going into a situation with no weapons, and no idea what you are doing.

so our “reluctant” heroine decides to not take too seriously the guide’s “bizarre, drawling instructions about keeping my female traits hidden…”

but so anyway, gina templeton does not heed the warnings, and instead she observes the beastmen, like jane goodall on ecstasy, as she notices their “eerily human facial beauty,” their “muscularity,” and then she “absentmindedly removed the hat under which my pony tail was tucked, allowing my hair to slip down over my shoulder and curl around my breast.”

oh nature people, when will you learn?? 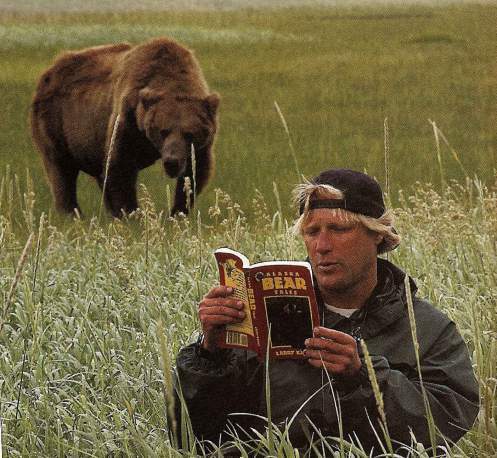 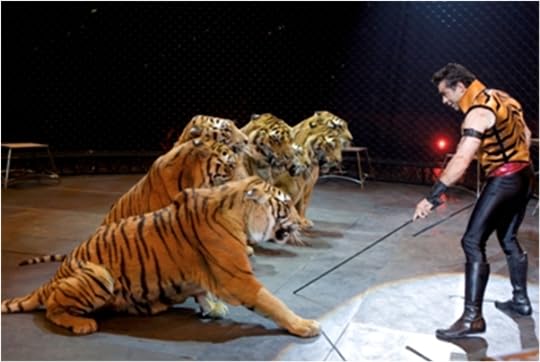 Although I was afraid, I also felt something rise up from the base of my spine that felt a little like a sex-flush. Watching them watching me, it did not take long at all to realize what they wanted, and why the guide warned me about feminine features…Terrified, as much of my own desires as of the beast men, I ran.

i know you still don’t believe me – you think that if the story is called a reluctant story, it must be so. well, suck on this, resistors!

sister, you don’t have to try so hard. they have no women, remember?? there’s no need to play games, here. this ain’t happy hour.

but once she sees the delightfully large phalluses of her new friends, all games go out the window.

Have to touch. Have to do it, just no choice. Have to find out.

what follows is a TWENTY-SEVEN-page sex scene, with multiple beastmen partners, and some bloody infighting as the beastmen clamor for her various holes and hands, using each other when she runs outta room, uttering such sweet nothings as “Suck Kalak. Do again.” and “Stretch… stretch woman”

oh and again-again with these virgin-women who fall into lust with monsters. this girl is a grown woman who is a virgin, who has only seen one man naked, but is extremely well-acquainted with sex toys. where do these women come from; these hotties all holed up in their apartments who love sex but never make the move to, you know, find another human? this is why people turn to monsters, people.

My only experience with taking a dick inside my throat had been a fuzzy internet video I watched years before.

a) that is in no way an experience with taking a dick in your throat. the key words are “your throat.”

c) why are you sitting at home watching a single internet video?? there are many more sites on the internet devoted to breeding techniques. so i hear.

Never before had anything felt like this – never before in my life, no matter what size of a toy or anything I used – had I been this full, this content.

do i want to know what the “anything” could be in that sentence? because i know it’s not a placeholder for “a living human being’s body parts.” and i am frightened.

so there is a lot of intercourse, and if all goes well, a baby for the tribe. fingers crossed! cuz lord knows we want more of these. send them women!!! for christmas!

whatever. this is a book about monster sex. if you like monster sex, it should please you. if you like to know if your heroines are accredited, this is not the book for you.

this was my secret santa present from my secret fellow monsterotica group-member. and i thank you, whoever you are!! cuz even though i go on about the things that puzzle me, i do so enjoy reading them. 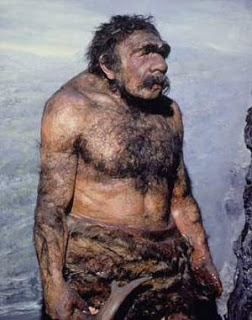