what’s fun is that i read this story and mere DAYS later, my bestie greg was in the ICU with babesiosis, a disease he contracted from A TICK!

Everything stopped. It was pitch black inside, or at least I thought so at first. In retrospect, though, that moment was like the first glance up past streetlights into night sky. It takes a while. What we like to call stars coming out is really just our eyes adjusting. Finally seeing what’s there.

i was excited to see that this week’s free tor short was a horror story, but this one was a disappointing fizzle for me. i’m not a fan of the kind of horror that writes around the supernatural events, putting the burden on the reader to fill in the details the author isn’t providing.

our unnamed, unreliable narrator is a documentary filmmaker specializing in ghost hunting stories who is following up on some very vague anecdotes a fellow prospective juror has shared with him in the waiting room before being dismissed from the case.

tracking him down to a mall where he works as a night watchman, our intrepid narrator wrangles his curiosity and his go pro and circles the building, seeking the man and finding…other things.

and it’s not like those things aren’t described, some of them very well and creepily:

I glanced back in her direction. Just as I did, the store lights went out. In the instant after I saw her face, which was right at the window, pressed hard against the glass so her nose slid sideways.

That stopped me. Held me pinned to that placeless place.

but the story is told after the fact, and is full of jaggedy impressions, self-queries, and admissions that certain details were not witnessed, but inserted into the memory. it’s a good representation of how someone’s mind would process the experience; the doubt and half-glimpses, the screwy timeline—mentioning things out-of-order, employing both hindsight and foreshadowing, but that sort of padding doesn’t enhance the narrative for me, it pulls me back too far away from the immediate action.

The second time I knocked, I got an answer. From behind me.

I don’t even remember the sound, couldn’t begin to tell you what it was, am not even sure there was sound; it could have been vibration underground. A temblor, they happen all the time out there, never really stop, as though the whole planet has Parkinson’s, is slowly shuddering itself and us to pieces.

So maybe I just felt, didn’t hear. Maybe it wasn’t in response to my knock at all.

Whatever. I was too busy whirling, fumbling my GoPro up to my face and turning it on—from protective instinct, not directorial—and so I saw what I saw through the lens.

I’ve played the footage back a thousand times since then. I still can’t say. Neither can anyone I’ve shown it to. Is that a dragonfly passing? Wrong-color hummingbird? What you see is what I saw: a streak of black in the air, right at eye level, like a smear on the lens itself.

i suppose all of this is meant to intensify the reader’s sense of dislocation—which is usually an effective tactic with horror, but in a piece this short, is more frustrating than anything else, and the scenes actually describing what he encountered that evening were more curious than terrifying.

it’s a very frontloaded piece—he spends more time describing the jury duty room and a vending machine apple than any of the apparitions, and while he develops his atmosphere well, for me it was too vague and uncertain.

but i’m sure you will like it more. i’m just an old fraud who hates reading in general. 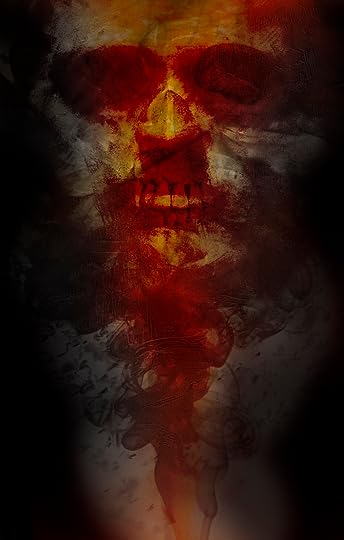