first of all, i have this ARC. 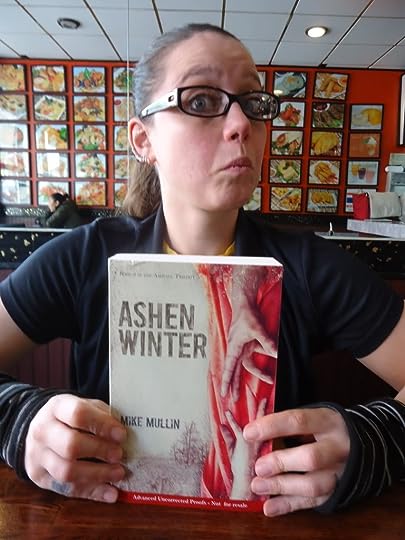 5 months before the book comes out, right? but what if i told you i have already read it?? because mike mullin let me read it in manuscript form and give him feedback way back in december! and it was great! but now i have to read this ARC because i was promised a character was named after me in the revisions! but i am told i do not come to a good end! thanks a lot, mike mullin! 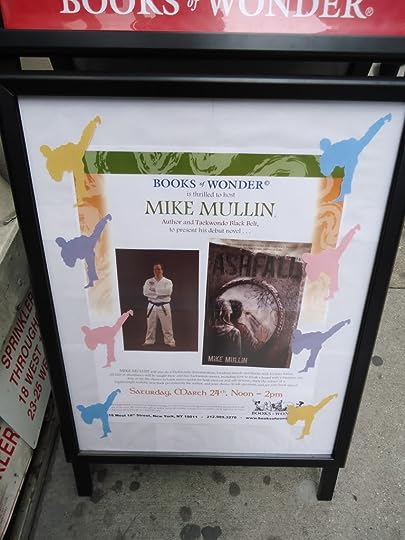 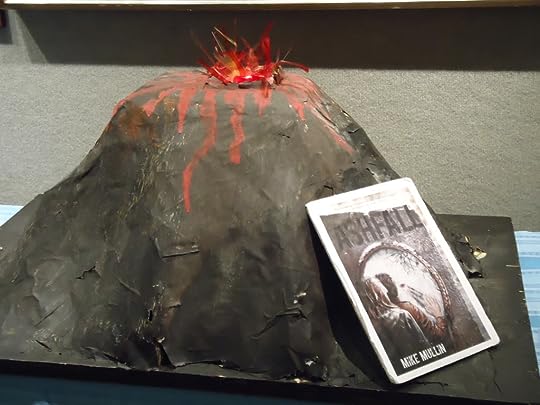 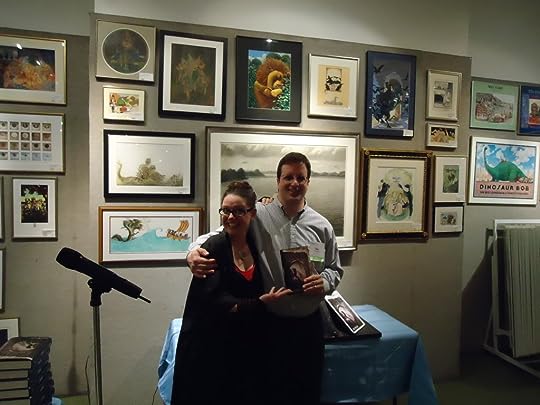 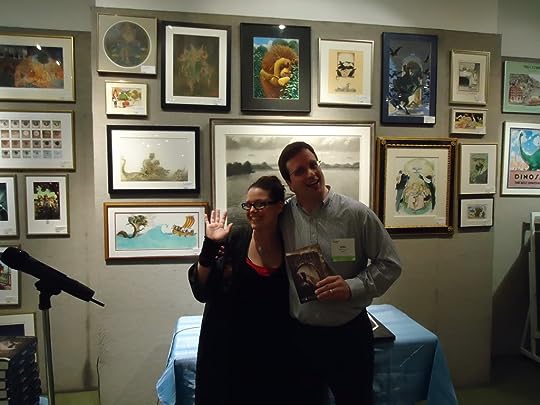 so, yeah. go ahead and be jealous. full review after i read this ARC and see all the changes. but i bet it is still going to be awesome. because: SUPERVOLCANO, Y’ALL!!!!

so i reread this book on the plane into anaheim, and it was one of the best plane rides i have ever experienced.

this is so much better in its edited form. not that there was anything wrong with the MS; it was excellent, but this is so much tighter and tougher and just brilliant. every bit as good as the first one. plus, this one has meeee! well, not me-me, but a “karen” character that was put in for me (p. 421 – squeeee!), and i am thanked in the acknowledgments! no one ever thanks me, even though i am so delightful!

so, i return the favor: thank you, mike mullin for writing so convincingly about snow and cold as we are in the middle of a heat wave, and i swear your words made it easier.

and thank you just for writing another kick-ass book.

the characters are great. i love darla and alex. even though darla gets a little yelly at alex sometimes, and even though alex occasionally is a bit too “good” for his circumstances, i root for them with pleasure. darla is one of the best characters to ever have been saddled with a frivolous-sounding name. time and again she surpasses alex with her skill set, and is an excellent older-woman match for him, romantically.

“Why do you suppose so many houses are burned?” I asked.

“Probably people took shelter in them and lit fires in places they shouldn’t have,” she replied. “You build a wood fire in a house that’s only designed for a gas log, you’ll burn the house down quick-like.”

of course you will!! but it’s so cool that a teenage girl knows so much practical shit, and is put in the position where she can educate her man, unlike so many other books where it is the lady who is all “tell me about the gas logs, you big strong man…”

so for them to become separated is a big deal for alex – who has his own store of abilities, for sure, but her knowledge is just so much deeper and more practical. it is even more dangerous alone. and so frustrating for the reader!

mike mullin does all the right things in playing to his audience and setting himself apart from a lot of the teen fare out there. he subverts the expected gender roles. he elevates the character of the librarian. he doesn’t talk down to his readers. he includes a ton of factual information about medical matters and scary nature. he doesn’t spend a whole lot of time talking about how attractive his teen characters are. these are regular kids, living in irregular times. they don’t smell great or look clean and resplendent. they are cold and tough and they are going to survive, yo.

and their skills are not preternatural. darla isn’t some kind of savant, she has a great deal of survival information because she grew up on a farm, is smart, and flipped through a couple of boy scout books and other survival materials while holed up on the farm. she doesn’t seem contrived; obviously a girl like her would survive. alex is trained in martial arts and is resourceful and not usually impulsive. these are great character traits to have in the aftermath.

the action is gripping, the new secondary characters are refreshing, and you’re probably going to learn a lot about guns.

it is all all all good.

i will probably revisit this review again after it is published, so i can be a little more free with the plot, but just know that mike mullin has done it again, and i cannot wait for the third volume. it’s gonna be epic…