Animosity, Vol. 1: The Wake by Marguerite Bennett
My rating: 5/5 cats

In the days to come, everyone will have their turn in a cage. 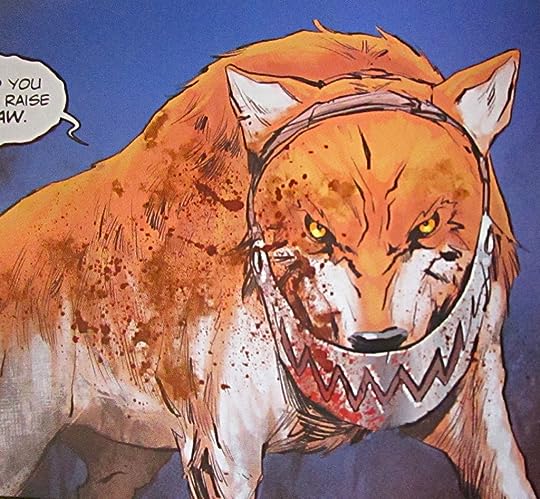 i loved this book.

earlier this year i read volume 1 in the legend series: Defend the Grounds, which is similar to this in its broadest theme of “badass animal adventures,” and now i am very impatiently awaiting new volumes in both of these series, so gimmie gimmie gimmie!

here, we are presented with the phenomenon of new-onset sentience experienced by animals across the globe as they suddenly acquire the ability to communicate verbally with humans and other species, as well as the manifestation in these creatures of a developed conscience.

some take it better than others, with reactions spanning self-recrimination: 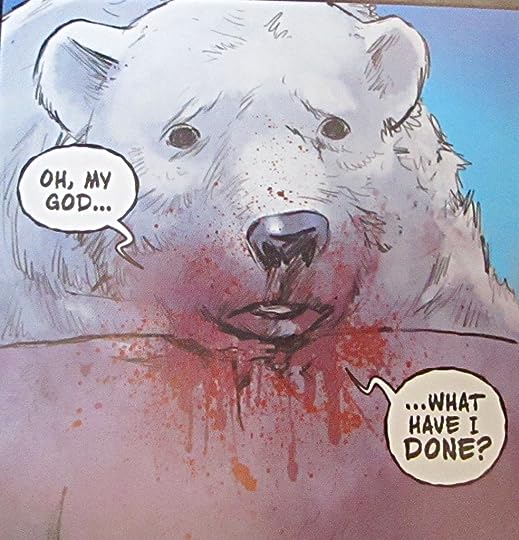 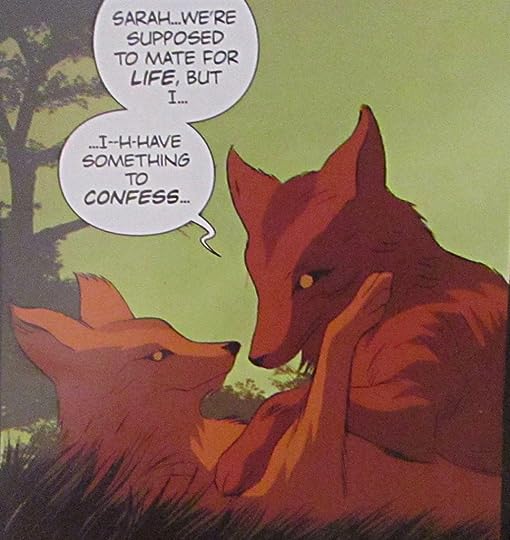 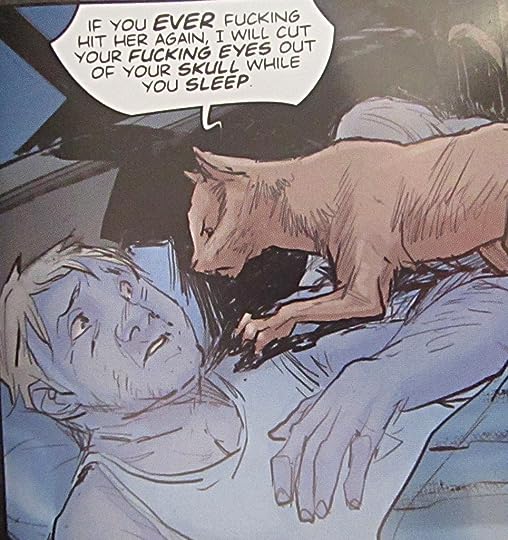 and, in a too-soon-for-me moment that nearly had me bawling: 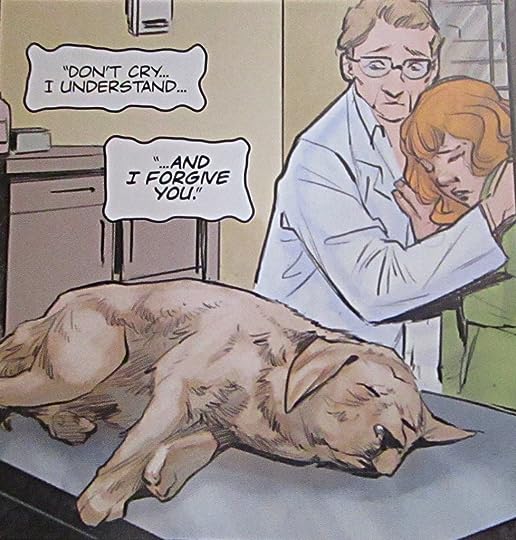 the action revolves around an eleven-year-old girl named jesse and her hound sandor trying to navigate a dangerous world gone mad, where the newly-‘awakened’ creatures demand equal rights through political negotiations or revolution, eating meat gets complicated, and some humans resent the sudden clamor of what is essentially billions of immigrants at once, causing all kinds of friction and violence.

and that’s all great and clever food for thought, but i’m a principled girl, and while i absolutely appreciated the “what-if” scenario, i thrilled even more to see my particular prejudices represented in full color-glory: those irredeemable monstrosities; birds and dolphins.

this story understands that birds are wicked, wicked fiends, indeed: 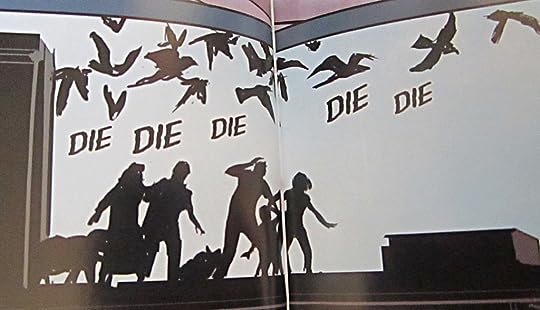 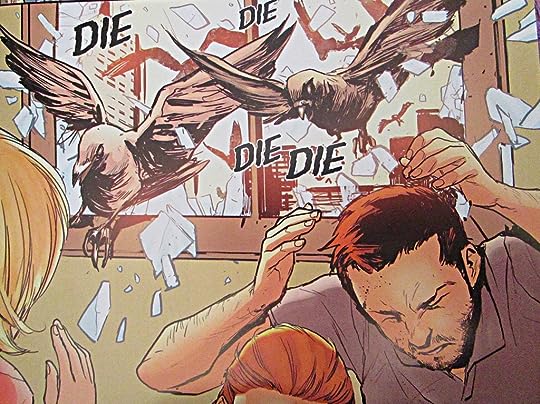 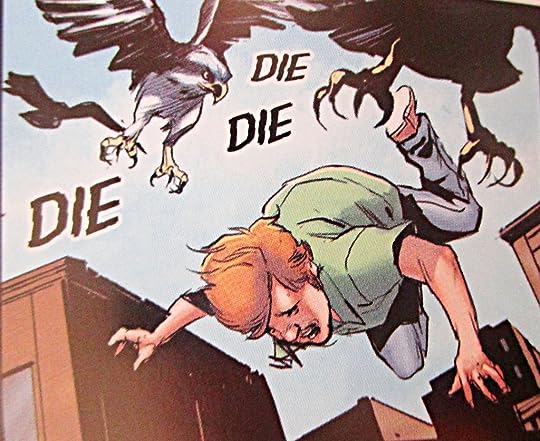 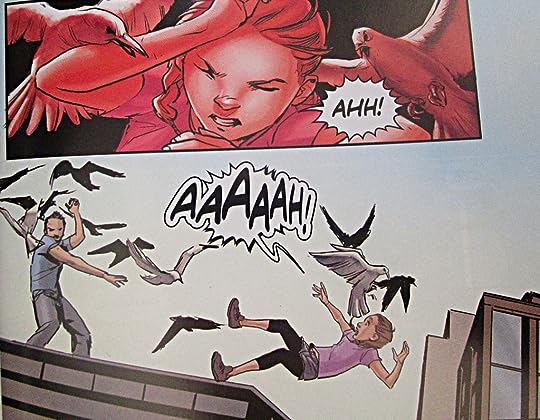 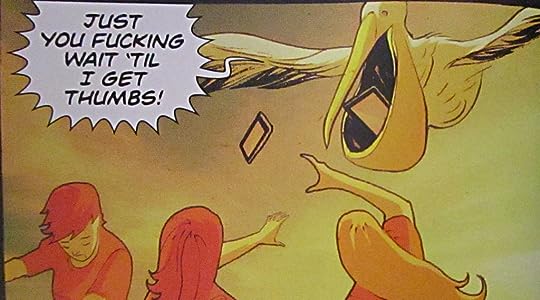 while dolphins are both spree killers and sex offenders: 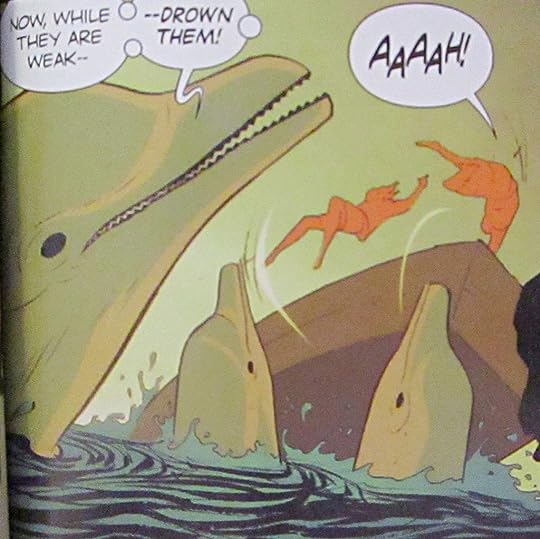 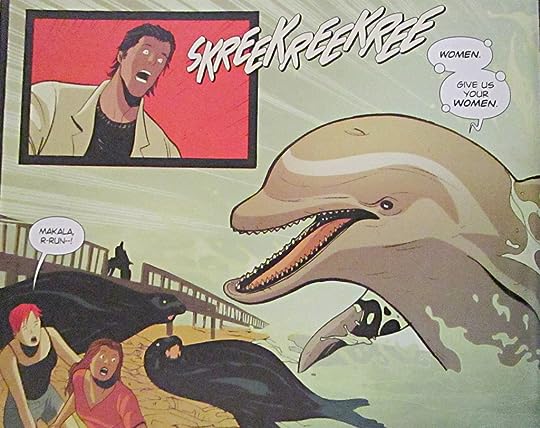 and in this world, sometimes evildoers get what they deserve: 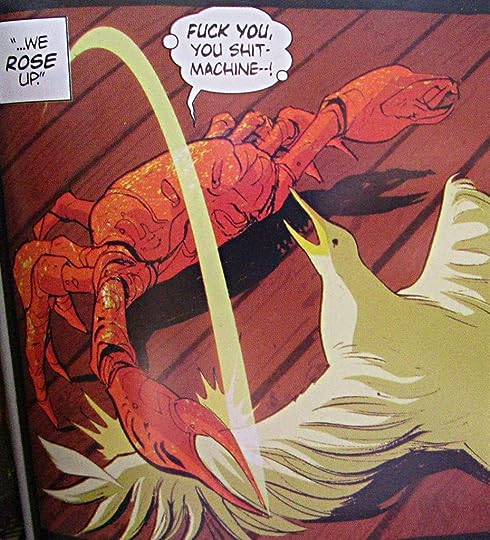 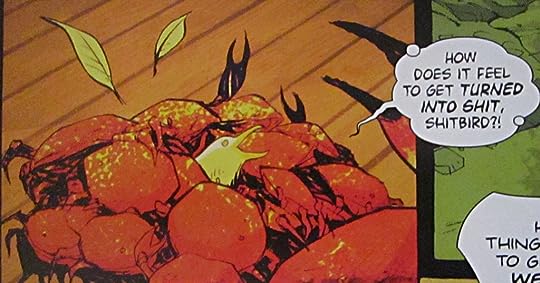 so, thank you for that!

volume 1 is a good beginning. it’s a little confusing—there’s a time jump during which something crucial to the story occurs and is left unexplained to the reader, but it’s alluded to later, so i’m confident all will be revealed in a later issue. i also enjoyed the frequent extra-textual allusions seeded throughout; overt or unattributed references to game of thrones, planet of the apes, animal farm, and even charlotte’s web, in this amazing alt-cover from the volume’s backmatter: 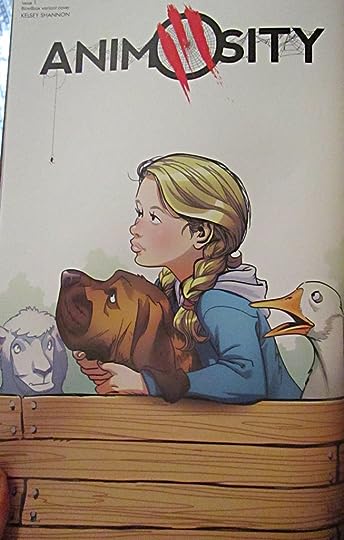 i know i haven’t said much about jesse and sandor—i.e.: the main focus of the book—because of my distracted preoccupation with biiiiirds, but their story is definitely enough to keep my interest.

sandor is full of sage truths:

–Meat is meat. Everyone betrays.

–Ain’t anybody here fluffy enough to die for.

and jesse is a sweet kid who loves and respects animals and is pretty excited to be able to hold conversations with ‘em now. i have a much stronger sense of where this story arc is heading than i do with legend. legend has much better artwork, to my taste, but its story hasn’t really even begun yet, and there don’t seem to be any further volumes on the horizon, while this animosity series is plugging along in single-issues as we speak, so there should be a collected volume 2 fairly soon. which is good, because i need more bird-comeuppance.

it’s a very promising start, and much wider in scope than i’ve advertised here.

come for the dog: 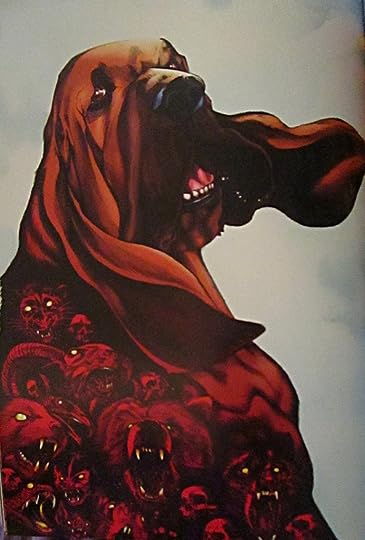 but also learn the truth about birds: 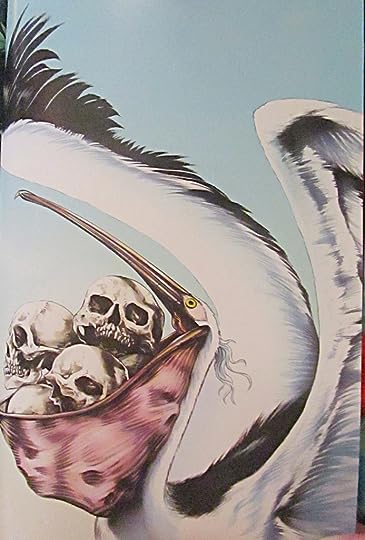 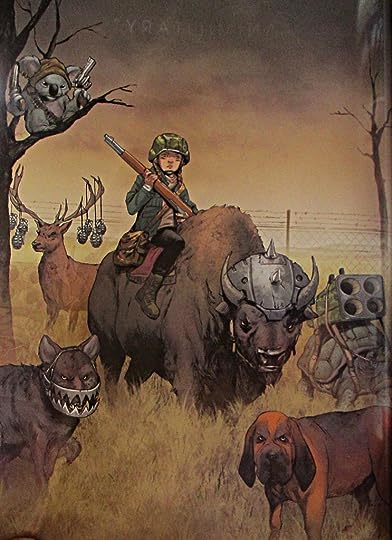