this book opens by stealing the opening line from goodfellas, replacing “gangster” with “FBI agent.” which may or may not be unforgivable to you.

it is a memoir, collecting one agent’s experiences working for the infamous federal bureau of narcotics in the mid-60’s, located at 90 church street in good old nyfc. 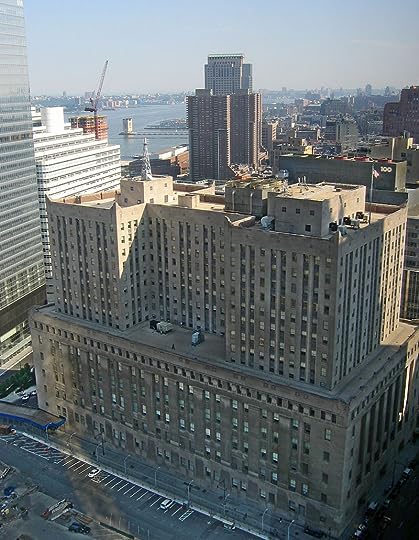 as greg says here, this book is like a james ellroy novel come to life. and he would know. and hopefully he will write a “real” review of the book as promised, because i suspect he has a better background than i do to discuss this subject matter.

because this shit is horrifying. it’s the kind of story that, were it presented as fiction, some editor would no doubt swoop in and cross out giant chunks, saying “this is too much. no one’s going to buy that this character did this. it’s too over the top and is trying too hard to be shocking.”

the federal bureau of narcotics got drugs off the streets, success! but they did it in the same manner in which a bull reorganizes a china shop, leaving nothing but destroyed lives in their wake while they strutted off into the warm glow of accolades, fancy cars, and briefcases of cash. a clandestine agency, with agents undercover infiltrating all aspects of the criminal underworld, there was a lot of leeway when it came to their ends justifying their means. drug use, rape, theft, beatings, and murder were all shrugged off for the most part.

here is an example of the kind of mindset these agents display. this is one of the first anecdotes in the book, and it definitely sets the tone:

“This is Agent Pike. He drives a government vehicle, a black Cadillac convertible.” He read off a string of numbers. There was silence. Then one of the men said, “Were you at One Hundred Forty-Fifth Street and Lenox at about four-thirty a.m. Monday morning?”

Pike answered, “Yeah, I guess I was. We were working an after-hours joint, you know; we were there all night.”

One of the wrinkled suits said, “There was a witness to a killing and an assault. A lady in a basement apartment got your license-plate number. Since the plate is confidential, it took us a while to track it. Were you there when someone was shot, then run over by your car?”

I heard Pike answer, “A drunk nigger tried to boost me off. He had a gun. I had to shoot him; he got in the way when I left. So what?”

One of the policemen said, “Well, okay, but why didn’t you report this? Do you know the man is dead?”

“Well,” Pike said, “it was me or him, the car wasn’t damaged. I was going to write it up probably today, this afternoon. It happened very late. I was on my way home. I drove across the Williamsburg Bridge. It was after five in the morning.

One of the cops exploded, “You shoot a man on the streets of New York City, you run him over, you don’t feel the need to call it in? Is this what you’re saying? You fucking kill someone then drive away because your black Cadillac wasn’t damaged? Jesus Christ! Is this your story? And you’re a fucking supervisor?”

“Well, I should have gotten to it sooner,” Pike apologized. “I’ll write something up.”

and that’s just when they get caught doing these things.

incidentally, the punishment for this, once the police leave, is a strongly-worded threat: “If this happens again, you’re back in Chicago.”

and this is why we can’t have nice things.

our pseudonymous author and former agent who tells these stories is both of and not-of this world. after his first day on the job, which reads like complete slapstick in its series of misadventures, he somehow falls into favor with some of the more seasoned agents, who basically carry him throughout his career. for an agent, he is surprisingly naïve. View Spoiler »forced blow job? really?? maybe it’s because he is writing it with the benefit of hindsight, but anyone reading that scene as written knows what’s what. the rachel incident was no shock, either. « Hide Spoiler he quickly becomes drawn into the lifestyle’s traps, becoming addicted to cocaine and booze, ruining his marriage and making one mistake after another, many of which end in someone’s death. now, i completely understand that in some lines of work, it is necessary to develop a sort of callus over those weak human parts like empathy, but it’s quite alarming how blasé he is about all the bodies left in his wake – bodies of people with whom he has developed personal relationships, even though they were built upon necessary lies. and yes – sometimes he shows pangs of guilt, and will administer payback for these deaths years later, but it’s still pretty horrifying how casually the deaths are treated overall.

and then in the middle of all this urban justice and gunfire and cocaine abuse comes the WEIRDEST INTERLUDE EVER. i don’t even know how to address it here. it’s like david lynch took over the story after doing bong hits with tim burton. after a series of events that read like an 80’s caper film involving an asylum, a birthday cake, and some high heels, the agents are led by a series of coincidences to green, louisiana – a small town they are about to destroy. this is all part of an off-the-books revenge plot orchestrated by another agent, where everything comes together as though by magic – a necessary woman is easily seduced, a car crash is engineered in new orleans simply to keep someone in town, an agent – a complete stranger to the town – is made the assistant football coach – it’s more of that stuff that in a novel would come across as “too contrived.”

but then there are also these completely bizarre and surreal lynchian elements to this town – a cop whose uniform is three sizes too big, a diversionary tactic successfully pulled off by an agent shoving a napkin down his throat and running out the door of a restaurant, a naked teenage girl playing the flute in the morning fog while standing on the branch of an oak tree, who will later moon the congregation during a church christmas concert, and who will later – well, we’ll get to that.

actually, let’s get to it now. so this girl, in events unconnected to the agents or the case, is assaulted, and during the attack, her face makes contact with an electrical box, causing all the skin around her mouth to burn away, leaving her teeth and gums completely exposed. which is horrifying enough, but three weeks later, this “skeleton-faced cheerleader” is unfazed:

I have seen a lot of grotesque things in my life, but nothing like seeing Alice lead the cheerleading squad. Completely oblivious to her horribly scarred face and exposed teeth, she backflipped, did her bumps and grinds, and cartwheeled across the field as the crowd cheered.

which – thumbs up for resilience and not falling into despair over the horrible shit life throws at you, but COME ON! are you picturing this? with the bumping and the grinding and all of it? how is this something that happened in the world? this whole louisiana sequence reads like a horrible nightmare, and the way it all wraps up – i can’t even. i guess this falls under the rubric of truth being stranger than fiction, but the whole smalltown sequence… it seems both unbelievable and too tidy at once. i’ll believe it, just like i believe the rest of this book, but the mind is truly boggled.

and then we’re back in new york with the pimps and the dealers and the mob with plenty more horror but none of the dreamlike oddities. crimes are committed, justice is served, people die, comeuppance is dodged, dewey fascinates me and i want to read a book by him, elliott got the rawest deal of all, etc etc.

so yeah – the subject matter is appalling and sensationalistic, but it’s undeniably compelling if you have the stomach for it. and i do, but part of me is kicking the part of me that enjoyed the book. the stars cats given to this book are for the entertainment value of the book itself, but for the man who wrote it, i give zero stars cats. zero stars cats to you, sir. you have made some terrible decisions. which, considering he probably still has plenty of connections to dangerous men, is going to see me get whacked, but it’s hard for me to applaud these deeds as a human being, even though i am admittedly, reluctantly, fascinated.

it’s all very complicated.
but it’s a damn good read.